Brad Hodge’s effort was a special innings for numerous reasons and couldn’t have come at a better time for Rajasthan. A traumatic week had taken its toll on the Rajasthan Royals. Emotions were running high when they clashed with the Sunrisers Hyderabad in the Eliminator of the Indian Premier League (IPL) 2013. The nerves were evident when they wobbled after a good start to their run-chase and an exit was on the cards. In walked, an experienced campaigner and soaked in all the pressure to take his beleaguered team to victory. Brad Hodge’s effort was a special innings for numerous reasons and couldn’t have come at a better time for Rajasthan.

The wicket at the Feroz Shah Kotla wasn’t the easiest for batting. Hyderabad also limped for a major part of their innings, until a late surge pushed them to 132. To make the task tougher for Rajasthan, Hyderabad had a strong bowling, a unit very capable of defending such modest totals. Living up to their reputation, they snared four wickets in quick succession in the middle-overs. Rajasthan’s required rate suddenly shot up.

Many felt that Hodge was being wasted by Rajasthan in the middle-order. Given his phenomenal record in T20 cricket, he certainly deserved to bat higher in the order. But, his latest performance has vindicated Dravid’s decision as he explained the strategy after the game. They needed Hodge’s experience and finishing skills if they stumbled upon a tough situation.

Amit Mishra and Karan Sharma were letting it rip at Kotla as the slow track gave them some assistance. Hodge is more comfortable against the fast-bowlers, but took on the tweakers admirably. He put his front-foot forward and smashed them for sixes. Hyderabad held the edge till then, but the tables turned around once Hodge put the spinners on the back-foot.

Dale Steyn was bowling with his usual fire and rhythm, causing the batsmen a few problems. Hodge wasn’t able to dominate him and had to seize the opportunities presented by the other bowlers. As Darren Sammy ran in to bowl the final over with 10 runs to defend, the game was very much in the balance. It had all boiled down to that crucial over and a slew of thoughts would have flown through the Rajasthan players’ minds.

In this scenario, Hodge was the perfect man for the job. Having played close to 200 T20s, these situations are not alien to him. What would you expect him to do? Perhaps, target a boundary or two and finish it in singles. But, Hodge wanted to do it with a bit of swagger and aggression. He bludgeoned him for sixes off the first two balls to seal a hard-fought win.

It was a moment of redemption for the whole side. Never have we seen the usually calm Hodge so animated. As the second maximum sailed over the ropes, he faced the dug-out and burst into the “rocking-baby” jig made popular by Sammy. It may have been directed at the bowler, but it was an expression of relief. They celebrated as if they had won the championship, although they need one more win to have a shot at the title. Rajasthan’s players and owners ran around the park as it meant much more than any other triumphs.

Rajasthan desperately needed a performance like this one to regain the inspiration that has fuelled them throughout the tournament. Although the shadows of the spot-fixing controversy would loom large, they can now completely focus on the job at hand. They would head into the game against Mumbai Indians with confidence, fired-up to deliver. Hodge may just have sparked another remarkable tale. 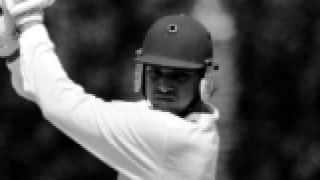 WV Raman: A career that did not scale expected heights

IPL 2013: Controversies have damaged what has otherwise been a good sixth edition