The most unique highlights of the auction you have come across so far.

Thursday saw Day Two of the Indian Premier League (IPL) 2014 auction. Again, there were a few surprises along the way as some well-known names went unsold and some went at a higher price than expected. Arunabha Sengupta continues to provide highlights of the auction action through the unique medium of limericks

Two Irishmen (not Pat and Mike)

Thought all would be ravin’

About brothers Niall and Kevin

But both were told “go ’n take a hike”

Seldom had made many a head turn

To buy him the Sunrisers

Proved they were not misers

Big holes in their pockets did they burn

Mahela Jayawardane and other Sri Lankans

Mahela that great man from Ceylon

Did not sell and hence set the tone

Many from his isle

But were happy that none did so alone

An Indian bowling Chinaman is odd

A five-for versus Nepal team slipshod

But if you had the fear

That he’s too peculiar

Was cricket at its absolute best

Yet, to see auction we willed

Shilpa didn’t turn up with that waist 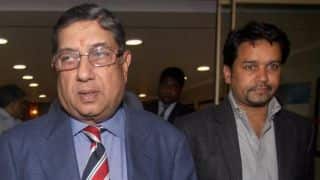