IPL governing council's decision to include uncapped players in the auction was well-received.

Rajasthan Royals chief executive Raghu Iyer never tires of narrating this story. “Two deliveries that’s all it took Sanju Samson to impress Rahul Dravid at the trials last season. And then, he told me: ‘Raghu, this kid is special. Sign him’. I did, and look where Sanju is today,” a beaming Raghu recalls.

For the record, Samson turned out to be the find of Indian Premier League (IPL) season six. He is also the vice-captain of the India Under-19 squad, that’s aiming to defend its world crown. If taking Samson on board was an easy decision, then retaining him along with Shane Watson, Ajinkya Rahane, James Faulkner and Stuart Binny was easier.

At the ITC Gardenia on Thursday, Royals pulled off another surprise. Just when one began to ask Iyer to explain the franchise’s mechanism with the following question: “Everyone knows what Kevin Pietersen can do. How do you judge an unknown player like “, Iyer willingly interrupted to add “Rahul Tewatia?” Yes, him.

A cursory look at the career of the 20-year-old from Haryana reveals he has played just one first-class match, against Karnataka in Rohtak earlier this season. A leg-spinning all-rounder who bats left-handed, Tewatia managed mediocre returns of 2 and 15 at No 7 besides producing figures of 6-1-20-0 in the match that Karnataka won by three wickets.

But numbers don’t tell the whole story, do they? “This guy, according to Rahul, is as talented as Amit Mishra. In fact, Rahul also told me that he is good enough to bat in the top four. Watch out for him,” Iyer says. Like in Samson’s case, a routine trial is all it took the Royals management to get convinced. That they managed to land him for just Rs 10 lakh on Thursday was the icing on the cake.

“Every year, we call many players to our trial camps. A talent-spotter like Rahul can do no wrong. Even Zubin Bharucha and other members of the coaching staff have their own network. When we hear of a special player, we go looking for him. Remember Kamran Khan? That he fizzled out is a different story. But he was unique.”

The IPL governing council’s decision to include uncapped players in the auction was well-received. Like Royals, every franchise has its own set of talent scouts. Only this time, there was no need for any ‘under-the-table’ dealings.

“I am glad the uncapped players were on sale. Earlier, the super-rich franchises used to sign up the talented ones and make them warm the bench. This time, the good ones have got their due. Who would have thought that Karn Sharma would go for Rs 3.75 crore? This system is ideal,” a franchise official said. 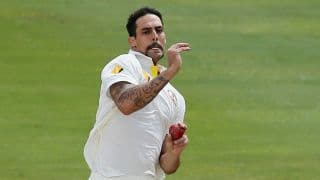