8 teams. 45 days. 714 sixes hammered – which is more than 15 sixes per day! Everything happened for one team to emerge victorious. With 200 runs to win in an all-important final, Knights triumphed over Kings. The final was symbolic of an “Indian” Premier League with 2 Indians hogging the limelight. One scored a century in a losing cause and the other, a match winning 90. However, the USP of the season was the way it was planned at two different locations – UAE and India. Kudos to the back end planning team. UAE also ensured that IPL gets an additional revenue stream (in terms of team sponsorship etc.) which will benefit them immensely. Icing on the cake will be UAE’s interest to host an entire season of IPL in the future. I won’t be surprised if UAE gets to host an entire IPL season, or at least a Champions League T20, in the near future.

A lot of things happened in Indian Premier League (IPL)-7. Some on expected lines and some too shocking to believe. Chennai Super Kings continued their consistent form and went right till the final 3. Delhi despite fielding a completely new team and a competent coach remained last in the league. Mumbai Indians lost the first 5 games on the trot and successfully challenged Delhi for the final league position till the Indian leg ensured Delhi remains last. The foreign contingent played a pivotal role for Kings XI Punjab to ensure they remain on top of the IPL standings and the team almost pulled it off in the final. Chris Gayle drew a rare blank. Yuvraj Singh didn’t live up to his 14 crore tag. The ignored players from last season made it count this time – big time. Kolkata and Mumbai played unbelievable cricket in their last match to improve on their standings. But which events were the best and what is there for us to understand?

Following are the five unique things, I feel, we learnt from this year’s Pepsi IPL –

IPL is over and above corruption: Anyone remembers the spot fixing scandal that broke out just before the season? The scandal was big enough to postpone, or even worse – cancel, the whole event! But what happened? A quick change of leadership – interim leadership – to run the show was announced and the season went just fine with minimal fixing fuss. Sunil Gavaskar took over the reins and delivered a relatively cleaner IPL from what we saw and experienced. As they say, the game must go on.

The stone that was rejected became the cornerstone: Last year’s IPL and Champions League winners, Mumbai Indians, had a tough choice to make in the current auction. They picked what many thought were the core 5 players of the team. What that also meant was that they had to release players like Glenn Maxwell, Dwayne Smith and others back into the auction for their competitors to pick up. It backfired big time for them. Maxwell and Smith were pivotal for their teams for finishing 2nd and 3rd respectively. Many others contributed significantly for their teams. Case of a stone ignored? I believe so.

Dissent is just an emotional outburst: Kieron Pollard and Mitchell Starc had an ugly spat right in the middle of the pitch. Pollard threw his bat, supposedly towards Starc, but it fell right below Pollard’s feet. It didn’t stop there. Virat Kohli got involved too. Many bowlers adopted innovative mechanisms to send off the batsmen whose wicket they took. As per the rules, once dissent crosses a level the player is fined a certain % of match fees. This has absolutely no impact as the players earn much more in IPL through sponsorships. Rules are made to portray that dissent is a natural extension of emotions running.

Age is just another number: A spin bowler aged 42 (Pravin Tambe). A batsman on the verge of 40 (Brad Hodge) and another one on 38 (Michael Hussey). One of the best all-rounders around has crossed 39 (Jacques Kallis). One thing that’s common for all of the mentioned are that they are still important to their team in more ways than one.

You don’t have to be the best to win 3 IPL Trophies: Yusuf Pathan achieved the unthinkable. He is the only player in IPL history to win 3 IPL trophies. Season 1 with Rajasthan Royals, Season 5 and 7 with Kolkata Knight Riders. What this shows is the you don’t have to be the best player every single time, being a part a of the best team of the season pays off too! We are as surprised as Yusuf himself is in the pic below. He, however, made it count when the team needed him the most this season and that’s what matters in the end. Maybe he’s the lucky charm a team needs, what say?

IPL is bizarrely known for its thrills and chills – thrills in purely cricketing terms and chills in terms of scandals and corruptions. The spot fixing scandal that emerged last season where some players were suspended for life is yet to reach its climax. Ironically, the ban hasn’t done much harm to cricketers – one got married immediately and one will be seen fighting it out in a dance competition. Supreme Court has entrusted the Mudgal Committee to nail the culprits. Hopefully, justice will prevail and the culprits will be punished. Another season done and dusted. Time for the longer strategic time-out. Until next year.

(Binu Thomas is an analyst by profession and a Blogger and Sports Writer by passion. Avid Book Reader & Reviewer. He blogs at Bloggers Park. He follows Cricket, Soccer, Formula 1, Lawn Tennis. He is a lifelong fan of Rahul Dravid, Arsenal Football Club, Kimi Raikkonen and Andre Agassi. He writes about the current happenings in the game of Cricket and how it will affect all the stakeholders including the passionate followers of the game. He can be followed on twitter @Binugthomas) 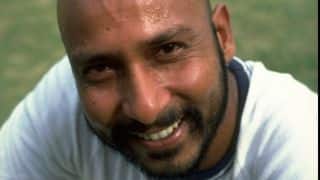