It ought not to have been difficult for the board to have scheduled the series better.

India is about to embark on a summer tour to England, where they had been drubbed 4-0 during their previous visit. And the players are still busy belting the ball in the Indian Premier League. Arunabha Sengupta echoes Cheteshwar Pujara’s worried voice about the difficulties of adjusting to the longer format, and wonders if a better schedule could not have been drawn up.

So, amidst the sound and fury of the Indian Premier League, the fireworks and fanfare, the blaring music and the gyarating hips of the cheerleaders, a tiny voice has rung out. And by now Cheteshwar Pujara’s opinion has already drowned under several layers of the incessant noise that accompanies the yearly spectacle.

The words of the batting mainstay of the Indian Test team have nevertheless managed to air a warning, “It won’t be easy at all.” He was referring to the problems of adjusting from the shortest format of cricket to the longest in the space of just a few days, especially on the eve of an important tour to England.

How difficult is it to adjust? Are the cricketers not expected to be good at all the formats? Let us try to find out with a short trip down memory lane. The year was 1987, the setting Feroz Shah Kotla, the bowling lethal. The conditions were extremely difficult – the match had seen team totals of 75 and 127 in the first two innings. A few minutes earlier, debutant Sanjay Manjrekar had been struck just above the eye by a rearing delivery from Winston Benjamin. Indian captain Dilip Vengsarkar was in the process of essaying one of the most memorable knocks under pressure, defying the extreme pace of Patrick Patterson and the supporting menace of Courntney Walsh.

At this point a delivery from Walsh came through short, and rather wide outside the off-stump. Vengsarkar, whose dour determination had seen him score just 24 between lunch and tea, suddenly went for a highly uncharacteristic swish at the ball. Luckily for him, he missed – it looked ugly, and the ball went through to Jeff Dujon. The Indian captain stood there grimacing, almost in pain due to his moment of madness. He was furious with himself.

Vengsarkar scored 102 in that innings – a masterly effort by a very good batsman at the peak of his powers. But, there were a couple of moments of indiscretion. Apart from the wild swish, another wide delivery saw him opening the face of the bat and trying to run it down to third-man, the ball flying to the second slip where Richie Richardson dived full length and grassed a supremely difficult chance.

The Indian skipper later confessed that those couple of strokes had been the effect of the recently concluded Reliance World Cup. The diet of non-stop One Day Internationals had played havoc with even the thoroughbred batsmen of the mid-eighties, brought up on the traditional tenets of the art of cricket, who swore by the straightest of bats and avoidance of risks.

On the same day as the start of the Kotla Test between India and West Indies, England had kicked off their series against Pakistan at Lahore’s Gaddafi Stadium. They had managed 175 in the first innings and 130 in the second. Yes, as was the story of those days, there had been plenty of dubious decisions, with as many as seven leg-before decisions. But, the English batsmen had seemed too keen to sweep the spinners into submission. What had worked excellently against Ravi Shastri and Maninder Singh in the World Cup semi-final had proved disastrous against Abdul Qadir in the rather more demanding stage of a Test match. The problem of adjustment had reared its troublesome head with rather spectacular effects.

At the end of the season, Sir Garry Sobers had spoken to Vengsarkar. His words had been wise and timeless. “The problem now is that you guys play so much cricket, you hardly get a chance to sit and think about the game.”

That had been 27 years ago. Since then, the calendar has become far more congested and crazy. Another format has been added to the equation – shorter, sillier, fantastically richer and prone to strokes even more bizarre and atrocious. Time between events has been squeezed to the bare minimum, just about enough to get the weary cricketers from one corner of the world to the other. Thinking about the game is too costly a luxury for the system to allow, what with all the jet setting across the world, T20 tournaments with their obligatory late night parties. The act of thinking has been successfully outsourced to imported coaches with fancy laptops – in turn marketed as advancement of sports science and technology.

Hence the IPL goes on in full flow. The batsmen keep belting them around with scoops and cross batted heaves, the bowlers keep rushing through their four highly paid overs. All the while the Indian cricketers know that they will have to set out for England – a voyage that promises to be challenging, in a land where they had been trounced 4-0 during their previous visit. The preparation for the crucial trip has taken the form of never-ending hit and giggle.

Times may have changed. IPL may be the harsh and lucrative reality. It hardly makes sense to turn away fast-earned fortunes by clinging on to tradition and spending time acclimatising to foreign pitches and swinging balls. One can argue that two First-Class matches almost constitute a luxury before an important series, and the Indian cricketers should be thankful for that.

There is no point in debating the ethics, morals and purity of cricket. The game evolves. Even in the mid-19th century there were money spinning single wicket competitions with large wagers placed on the outcome. Formats and finances have always been tampered with all through the history of the game. What we are worried about  is the effect this will have on India’s performance in England. If Cheteshwar Pujara, one of the mainstays of the Test batting line-up, raises this as a concern, it is indeed cause for worry.

It does beg the question – could the Indian Board have done a better job of scheduling and preparation? Was it really impossible to manipulate the days of the cricketing calendar – so that even with the IPL circus in full flow, the Test cricketers could have had a tiny morsel of time to strip off the coloured costumes and get sufficient match practice in pristine whites? 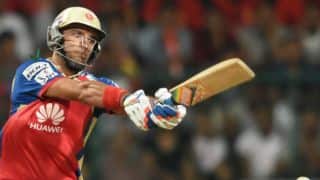 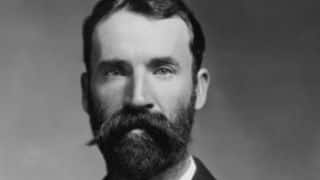