The Indian Premier League (IPL) has seen four tied games in the past which went into Super Overs. Nishad Pai Vaidya looks back at those games.

The Rajasthan Royals (RR) won a thrilling Super Over game against Kolkata Knight Riders (KKR) in the Indian Premier League (IPL) 2014 at Abu Dhabi. It was the first time in the league’s history that teams were tied in the Super Over as well, but RR won because they had hit more boundaries in the game. Steven Smith was smart enough to knock it around for two when three were needed off the last ball. With that, he eliminated the risk of getting out and won the game.

The IPL has often produced some exhilarating cricket, but there have only been four previous ties. Here is a list of those games:

It was a game where Shane Warne’s mentorship and confidence in his players trumped the opposition. Rajasthan were put in to bat and thanks to Yusuf Pathan’s 42 off 21 balls, they put up 150 on the board. The IPL 2009 season was terrible for KKR with off-field controversies affecting their performance. And, during their run-chase, Sourav Ganguly, the Indian favourite came in at the half-way stage at 67 for three. From there on, he single-handedly rallied KKR with an attacking 46. With two to get off the last two and Ganguly on strike, Kolkata should have won. But Warne kept talking to the young Kamran Khan, who went on to dismiss Ganguly caught behind and then there was a dramatic run-out off the last ball with the scores level. In the Super  Over, Chris Gayle smashed three fours to take Kolkata to 15. But, Pathan wasn’t going to be kept out of the game as he carted six, two, six and a four off the first four deliveries off Ajantha Mendis to win the game for Rajasthan.

In a game that Chennai looked set to win, Punjab somehow managed to claw their way back. Punjab had a tough season and it was only Yuvraj Singh’s effort of 43 that helped them to a modest 136. On Chennai’s turf, it seemed easy for them and Parthiv Patel and Matthew Hayden did start very well with 65 in the first nine overs to put them on course. Parthiv moved to his fifty and Chennai seemed to do it all too easy when he was dismissed at 121 for five with 17 to go. But, Punjab kept tightened the screws with Rusty Theron bowling a brilliant penultimate over to dismiss Manpreet Gony. Off the last over, Chennai needed 10 with Albie Morkel on strike. He smashed the first ball for a four and then ran two byes. A single followed, and then Ravichandran Ashwin ran two. With one ended to get off two balls, Irfan Pathan bowled a dot and off the last ball Ashwin played it straight to mid-off. In the Super Over, Chennai lost both their wickets but Suresh Raina’s six was able to ensure they had nine on the board. Muttiah Muralitharan came on to defend those runs but his compatriot Mahela Jayawardene hit a six first ball before being dismissed. But then Yuvraj finished the game with an audacious reverse-sweep for four.

Bangalore ambled to 130 with only Moises Henriques and Virat Kohli getting 40s. Hyderabad didn’t have a very strong batting that season and this wasn’t going to be all too easy. Hyderabad kept losing wickets but Hanuma Vihari kept them in the hunt with a gritty 44 not out. With seven needed off the last over, Vinay Kumar managed to restrict the batsmen and tie it. However, in the Super Over, Vinay Kumar lost the plot with Cameron White smashing two sixes to take Hyderabad to 20. That was too much for Bangalore although they had Chris Gayle and Kohli in prime form.

Bangalore were involved in a second tie during the IPL 2013 and this time they ended on the right side. Delhi bated first and scored 152. Bangalore seemed well on course with Virat Kohli smashing it around and Ab de Villiers giving him company. And it all looked over with 24 needed off the last four. But then Bangalore started losing wickets in a jiffy. Kohli stood through that, but when he was seventh dismissed in the penultimate over, Delhi found themselves in an unlikely spot. Needing 12 off the last over, Ravi Rampaul smashed a six. However, Irfan Pathan held his nerve and helped Delhi tie with Bangalore.

Umesh Yadav bowled the Super Over and conceded only two off the first four balls, but AB de Villiers smashed the last two over mid-wicket for huge sixes. David Warner was dismissed first ball in the Super Over bowled by Rampaul. But then, Irfan hit back by hitting a four and a six. Rampaul managed to sneak a dot ball in somewhere in between and off the last ball, Delhi needing a five to win. Ben Rohrer missed and was bowled as Bangalore celebrated. 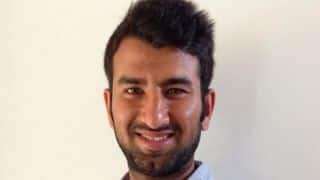