"IPL is a ruthless tournament. Cheteshwar Pujara needs to perform consistently amidst promising youngsters who are hungry for success and recognition" - Bipin Pujara.

Today s cricketers are up against a challenge unimaginable to their counterparts say, about six decades ago. They have to switch between different formats of the sport. Not only do red-ball and T20 cricket require different skill-sets, they also end up shaping your career. For some, it even becomes a choice between sticking to franchise-based T20 leagues and representing the country at the highest level.

While Virat Kohli, Rohit Sharma, MS Dhoni, Gautam Gambhir and Dinesh Karthik will hog limelight during IPL 2018, Cheteshwar Pujara will prepare for his Yorkshire stint with one eye already on the England series. Test cricket is, after all, the only format where Pujara represents India.

Pujara s dead-bat approach, tendency to gaze at the ball till the last minute, and occupy the crease for long have won him accolades. He has not come off away from home, but the Indian team management has placed faith in him.

Unfortunately, for the same credentials, Pujara has been sidelined in shorter formats. Did you know that he hasn t played IPL since 2014?

Ahead of IPL 2018, I came across Bipin Pujara, Cheteshwar s uncle and former Saurashtra wicketkeeper, for a quick analysis of where his nephew lags behind his contemporaries in T20 cricket. A right-handed batsman, Bipin Pujara played 36 First-Class matches, averaging a moderate 30.77 with bat, His cricketing career failed to attain mileage, but he has maintained his love for the game by following the state s progress over the years. In addition, he has a firm grip on his nephew s strength and weaknesses. Here are some excerpts from the interview.

CricketCountry (CC): From Ranji and Duleep to Pujara and Ravindra Jadeja, Saurashtra cricketers have been a class of their own. What makes them special?

Bipin Pujara (BP): Saurashtra players are god-gifted. In addition, India have always faced a dearth of left-arm bowlers. In this aspect, Saurashtra have stood out by the introduction of Ravindra Jadeja and Jaydev Unadkat. The ability to produce more left-armers has been our forte in recent times.

CC: Saurashtra have enjoyed decent success in recent times. Why do you think this has happened?

BP: The Saurashtra boys rely more on natural food. In big cities like Mumbai, cricketers do fall prey to junk foods like vada paav, misal paav (Maharashtra s staple snacks) etc, but we restrain ourselves from the regular junkies (grins). We depend on organic food.

We have opened up several academies (Cheteshwar s father Arvind runs cricket academies free of cost) and look after our young cricketers thoroughly. We try to instil good qualities in them since the beginning. In addition, these youngsters look up to Pujara, Unadkat and Jadeja s success story, and believe that they can also replicate their feats.

CC: Pujara, Jadeja and Unadkat have become Saurashtra cricket s face. Talking about Pujara, in particular, what do you admire about him in a T20-dominated era?

BP: In my opinion, Pujara s hunger for runs keeps him ahead. He is never satisfied. In an era obsessed with stroke-makers, Pujara sticks to basics and looks to score big hundreds. I tell you, his tendency to score daddy hundreds was instilled upon him since the beginning. We realised that he would stand nowhere and his tons would soon fade away in the shadow of greats like Sachin Tendulkar, Rahul Dravid, VVS Laxman, Virender Sehwag, Sourav Ganguly and even MS Dhoni.

To make a difference, he realised the need was to score very, very big. Hence he developed the craft of occupying the crease for long, not being complacent after reaching three figures.

Lastly, he plays according to the merit of the ball. He is not premeditated.

CC: Pujara hasn t been able to find buyers in IPL since 2015. The Test specialist tag is hurting him in many ways. Where is he lagging behind?

BP: What Pujara requires is to adjust his game. He needs to bring a change in technique in order to survive all three formats. What adds to his woes is that he is looked upon as a Test specialist and takes more time to live up to that expectation.

On the other hand, like Virat Kohli, Pujara also keeps a tab of which [Test] series is in pipeline and tries to prioritise accordingly. With so many Test matches being played, it is tough to maintain balance.

CC: IPL is a huge money-spinner. It has churned out young stars and has added valuable experience to cricketers. In your understanding, what has IPL given to Indian cricket? Don t you think at times it doesn t give respect to players like Pujara?

BP: IPL has given a lot to Indian cricket apart from huge profits. For instance, it serves as a big platform for beginners. For them to share the dressing room with the likes of Ricky Ponting is significant. Earlier, we used to benefit by playing alongside Sunil Gavaskar, Dilip Vengsarkar and Sandeep Patil while competing in Ranji Trophy. It benefits and adds to your personality by rubbing shoulders with the best of the game.

IPL is a ruthless tournament. To hold their feet in such a tournament, batsmen like Pujara need to stand tall and perform consistently irrespective of reputation. They are competing and playing with youngsters who are charged up and craving for success. If they don t perform, youngsters will march past them.

CC: India will tour England in June. Players have been opting for county stints in order to adjust to conditions. They clearly do not want to spoil it this time around after the shambles of 2011 and 2014. Among his contemporary Indians, Pujara has been one of the earliest to realise County cricket s significance. What do you think will be his biggest asset and drawback?

BP: For an international cricketer, preparation is a must. A player needs to prepare for everything before a series weather, conditions and opposition. Earlier, there was no such thing. But adjustment is the key nowadays. In this regard, Pujara does his homework to make it a point to undergo regular county stints, and acclimatise. His exposure to the moving ball in England can do wonders for him. On the other hand, England will also be aware of his change in batting style, strengths and flaws. 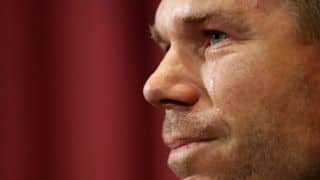