With abundance of talent this year too, Delhi have it in them to put up a good fight in the league, and here s our five to watch for from the team this season.

With a new name, logo and team colours, the Delhi franchise, now known as Delhi Capitals will be hoping for a turnaround in IPL 2019 under the leadership of young Shreyas Iyer, and with an experienced backroom staff of coach Ricky Ponting and advisor Sourav Ganguly. Historically, Delhi have always managed to build up a solid squad that looks good on paper, but almost every time that talent remains on paper only. With abundance of talent this year too, Delhi have it in them to put up a good fight in the league, and here s our five to watch for from the team this season. (ALSO READ: IPL 2019 Team Preview: Rechristened Delhi hope for Capital gains)

Iyer was handed over the reigns mid-season last year after Gautam Gambhir stepped down and the Mumbai batsman managed to win four out of the eight games he captained. He did reasonably well with the bat as well making 411 runs in 14 matches. Heading in to IPL 2019, Iyer comes on the back of a stellar run with the bat that has seen him score 603 First Class runs at 43.07, 793 List A runs at 56.64 and 484 T20 runs at 60.50 in the 2018-19 season. There is no reason to believe that Iyer cannot replicate the same form come IPL 2019. What makes this edition even more crucial for Iyer is the fact that a good IPL season could help him catapult in the discussion for India s World Cup squad for the No.4 spot. Will that act as motivating factor or will the added responsibility of being the captain be too much to handle for the 24-year-old? Only time will tell. (ALSO READ: For Ganguly and Ponting, consistency key to Delhi Capitals revival)

Delhi Daredevils highest run-getter last season, the Indian international has earned praise from none other that coach Ponting, stating that the wicketkeeper-batsman s batting can help India win the 2019 ICC Cricket World Cup. However, it is still uncertain whether the 21-year-old will even get a game in the World Cup. but that could change if the explosive left-hander can put in another solid performance with the bat this year for his franchise. With Iyer, Pant is part of an very potent middle-order and the duo will be a vital cog in Delhi Capitals maiden journey this year. (ALSO READ: Rishabh Pant’s batting can win India the World Cup: Ricky Ponting)

Another young gun and top India prospect, Shaw will is eying a big return after a lengthy injury layoff that saw him miss the Australia series. He was flown back amid rumors of indiscipline, and while the Mumbaikar has categorically denied it, there’s no smoke without fire. But, be that as it may, Shaw s talent is undeniable and glimpses of it was seen last year when he scored 245 runs in nine matches striking at an impressive 153.12. This year, Shaw is most likely to partner up top with India international Shikhar Dhawan and he could learn a few things on building an innings from the Delhi veteran. (ALSO READ: Injury setback behind him, Prithvi Shaw ready to take IPL by storm)

A very underrated bowler, Trent Boult managed to play a full IPL season last year with Delhi Daredevils and impressed with his discipline and fielding skills. He was the star performer for DD in 2018, picking up 18 wickets at 25.88. Last year he lacked support as DD lost Kagiso Rabada and Chris Morris to injuries, but this year he has the support of Delhi s very own Ishant Sharma and the dup could prove to be the game-changers for Delhi Capitals this year. Boult has been in terrific form claiming 22 wickets in the 10 ODIs in 2019.

Among the hosts of internationals stars Delhi Capitals have in their squad, Nepal s Lamichhane could find it tough to get a game this year. But, if that is the case it will be one of the biggest missed opportunities for Delhi Capitals. Especially considering the fact that Delhi will play their home games on a slow and sluggish Feroz Shah Kotla – ideal for a leg spinner to be the best wicket-taking option. Lamichhane has done his reputation no harm with good performances in the T20 leagues world over. Recently, he played for the Lahore Qalandars in the Pakistan Super League picking up 11 wickets in seven matches at 17.18. Last year, he played three matches picking up five wickets at an economy of 6.83 for Delhi Daredevils. 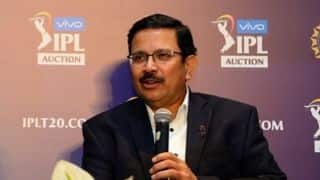 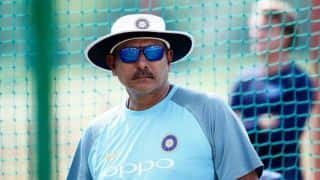