They have always been packed with superstars yet Royal Challengers Bangalore (RCB) find their trophy cabinet empty. Year after year, they start a season with sky-high expectations and amidst much fanfare only to see their wait for IPL silverware extend to another year.

At the IPL auction in December last year, they added more power-hitters to their squad when clearly what they needed was a proven death-overs bowler(s). They have always been batting heavy but it isn’t that they lack star power in bowling department – what they are missing is someone who can put a leash on batsmen in the death overs, an area that haunted them last season.

They are capable of doing the both they can produce an extraordinary show on their day and can be poor the next. Consistency is something that they will strive for – the three seasons it was on display, they made it to the final only to slip at the final hurdle. (READ: Chennai Super Kings target encore)

In Virat Kohli and AB de Villiers they have two of the biggest box-office draws of modern-day cricket. They pair has delivered individually but as a team, RCB have fallen short time and again. Can Kohli and De Villiers inspire them to a maiden trophy this year? (READ: Hurt Mumbai Indians seek record fourth title)

Here s a SWOT analysis of RCB ahead of the IPL opener on March 23 against Chennai Super Kings:-

Arguably, the greatest batsman of this generation across formats, Kohli needs no introduction. He has been a part of RCB since the inaugural season in 2008 and been the only permanent presence as they underwent changes year after another. His rise in stature in international cricket reflected on his performance and position in RCB too. As their captain, Kohli had an unreal season in 2016 when he peeled off four centuries to push them to the final and was rightly chosen as the player of the tournament. Of late, his captaincy in limited-overs cricket has come under some scrutiny. Often compared to his India deputy Rohit Sharma, who leads Mumbai Indians, Kohli has been advised to be more proactive. Kohli the batsman has been excellent, but he’ll be itching to leave a mark with his captaincy too especially at a time when he’s set to lead India at the World Cup in England.

RCB parted ways with Daniel Vettori last year to put Kirsten in the coaching seat. Kirsten, who was earlier associated with them as the batting coach, brings with himself an extensive experience having coached international teams of the likes of India and South Africa. Apart from that he has coached in the Big Bash League and the erstwhile Delhi Daredevils as well. While he struck a highly-successful partnership with Mahendra Singh Dhoni to famously guide India to a World Cup title in 2011, Kohli will be hoping his association with the South African legend will result in a similar result for RCB too.

Well, on season-to-season comparison, it was an improvement they finished with the wooden spoon in 2017 but improved two places to finish sixth last year. Dig deeper and you will realise how poor they were at the start from their first 10 matches, they won just three and were the favourites to land the wooden spoon second season in a row. They launched a late bid to make the playoffs with three straight wins before losing to Rajasthan Royals in their final match.

Stoinis was traded for Mandeep Singh from Kings XI Punjab. He was one of the top performers of BBL 2018-19, finishing as the third highest run-getter apart from taking 14 wickets from 13 matches. Shimron Hetmyer, West Indies U-19 World Cup winning captain, is rated highly and gave an example of his batting prowess to Indian fans during the limited-overs series last year. In Shivam Dube, for which they forked a whopping INR 5 crore, they have another power-hitter.

An interesting buy has been 16-year-old Bengal spinner Prayas Barman, a legbreak bowler, who made is List A and T20 debut in 2018.

Goes without saying Kohli and De Villiers will be their two batting mainstays. They lacked a proper death-overs bowler last season and seemed to have ignored that at the auction where they instead added more firepower to their batting line-up. However, Umesh Yadav underlined his importance with 20 wickets and was highly effective with the new ball. An allrounder has been added in Stoinis who is known for his big hits and can be handy with the ball too.

Eyes will be also set on legspinner Yuzvendra Chahal who couldn’t do much with the ball last season. In tandem with his India teammate Kuldeep Chahal, he forms one-half of a lethal bowling pair but sorely misses similar partnership in IPL. Will Washington Sundar or Moeen Ali stand up this season?

Provided they gel as a unit and not remain dependent on the brilliance of one or two players, RCB have the squad that can take them to the knockouts. 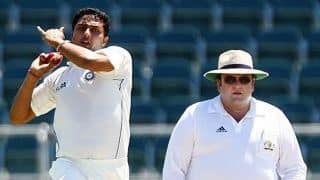 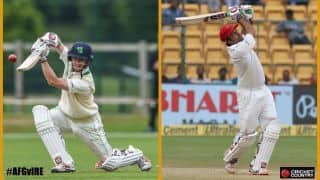