If KKR do manage to take home a third trophy, they will tie with Mumbai Indians and Chennai Super Kings with three titles each.

With a settled squad that has a good mix of young guns and established hands, Kolkata Knight Riders (KKR) have all the ingredients and are primed to mount a serious title challenge in the Indian Premier League (IPL) this season. They face Sunrisers Hyderabad (SRH) – the same team that knocked them out of last year’s campaign in Qualifier 2 – in their tournament opener on March 24. (READ: KKR have plan B and C ready if home matches are shifted)

KKR, a side that has qualified for the playoffs six times out of the 11 seasons, were crowned champions in 2012 and 2014 and will look to add a third to their trophy cabinet this year. Here’s a SWOT analysis ahead of their IPL opener.

For starters, the team looks to be rejuvenated side under Karthik, who led them to the qualifiers last season with only a few players from the previous year retained. This season will be crucial for the experienced India wicketkeeper-batman. With the back-up wicketkeeper’s slot still open for the ICC World Cup 2019 following the failure of Rishabh Pant in the Australia series, Karthik can well stake claim of the position if he can pile on runs and do a repeat show of last year’s campaign. His run-making heroics yielded him 498 runs which saw DK as the team’s highest scorer. (READ: RCB continue hunt for maiden title)

South Africa veteran Jacques Kallis, who took over the reins from Trevor Bayliss in 2015 as head coach, knows a thing or two of KKR winnings titles. He and Manvinder Bisla conjured 136 runs for the second wicket en route to KKR’s title-winning 2012 campaign. Kallis has been with the side long enough to understand the dynamics of the team. Being a cool and composed character, he also can mould a fairly young squad.

Despite a young team and injury concerns adding to their woes, KKR managed to reach the Playoffs after winning eight of their 14 matches. Kamlesh Nagarkoti, the young pacer, is out of the IPL for a second time running as he’s yet to recover from a back injury. Shivam Mavi, the other U-19 World Cup star, has also been ruled out of the ongoing season with a stress fracture in his back.

KKR were quiet for most part of the IPL Auctions in December last year, but they invested heavily in the hero of West Indies’ ICC World T20 triumph against England in India – Carlos Brathwaite, who was bought for Rs 5 crore and New Zealand pacer Lockie Ferguson. The two overseas signings add to KKR’s reliable foreign strength which includes Chris Lynn, Sunil Narine and Andre Russell.

While Karthik’s form will be paramount in their bid to claim a third crown, a lot will tell on the form of new signing Ferguson, who, in all probability will helm the pace department. He can bowl over 145 kph and has a good bouncer and a yorker which makes him a quite lethal in the shortest form of the game. Ferguson has had a taste of the IPL in the past. He played for the now defunct Rising Pune Supergiant in 2017 where he played four matches and picked up three wickets.

With a balance side, which includes a blend of youth and experience, expect KKR to reach the final this season. 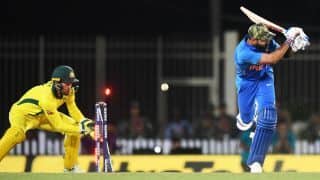