IPL: The curse of the female reporter

IPL: The curse of the female reporter

The sixth edition of the unprecedentedly popular Indian Premier League (IPL) is being watched and followed by millions. Love it or hate it, you can’t deny you’re checking on the IPL like a mad ex checking the Facebook status of his former lover. 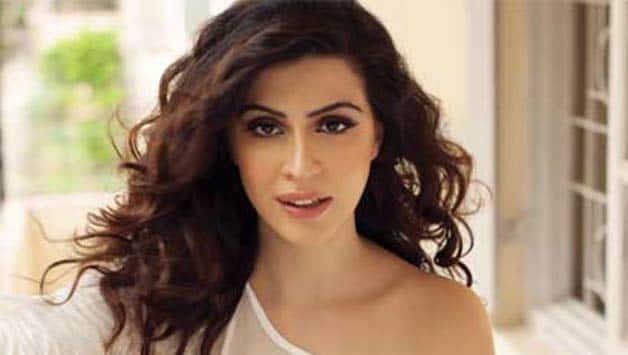 The sixth edition of the unprecedentedly popular Indian Premier League (IPL) is being watched and followed by millions. Love it or hate it, you can’t deny you’re checking on the IPL like a mad ex checking the Facebook status of his former lover.

Much has been said about the two female reporters on Extraaa Innings in IPL 2013: Karishma Kotak, a contestant on the reality TV show Bigg Boss 6, and former Miss India International Rochelle Maria Rao, winner of a beauty pageant known for its imprudence.

I am slightly envious of the fact that these ladies get the opportunity to roam around stadiums, talking to cricketers, but my concern is with the thinking behind the recruitment of these ladies and what they stand for — namely that female sport reporters do not and are not supposed to understand sport; they are merely supposed to be beautiful showpieces to decorate the screen for the watching audience, which, against all evidence, is presumed to only be made up of men.

This concept is not new, nor is it restricted to the male psyche. It appears to be a universally established fact that physically attractive ladies with little or no knowledge about the game make acceptable sport presenters. And this is what irks the most.

It is not a mindset so much as an unsaid mantra, and I have personally experienced such incidents in my short stint in this field. In my final year of journalism studies I told one of my professors — a senior reporter with a leading news channel — that I was interested in pursuing sport journalism, and his immediate response was: “Oh you’ll do well in the sports beat. Your biggest advantage is that you are a woman.” You just can’t buy that sort of encouragement.

Recently, I did an interview with Rohit Sharma and was delighted when he spoke pleasantly, politely and in depth. I was later told that this was due to the fact that I’m a woman and that he tends to be curt with male reporters. I have worked with Ravi Shastri for some time, and he treats me as more of an equal than he does my male colleagues.

What these incidents highlight is that yes, being a lady does have its perks in the field of sports reporting, and honestly, I am quite flattered to be treated like one in whatever interactions I have had with cricketers so far. But there is a huge, wide, deep chasm in being a lady sports reporter and being a doe-eyed, brainless reporter.

If Sony Max and Extraaa Innings want glamorously dressed women in their show to attract eyeballs, they can easily get intelligent female presenters, such as former cricketers Isa Guha, Anjum Chopra, Melanie Jones and Lisa Sthalekar. They’re really not that hard to find and, as well as being women, they also benefit from not being Ramiz Raja.

Witness this video of Karishma Kotak: is there any sadder sight in cricket than seeing Kapil Dev clapping along merrily to this sham?

As Neeraj Vyas, business head of SET Max said: “The focus is on fun and entertainment and not on serious cricket. The girls are not chosen for their knowledge of cricket. Give them some time, they will get better. The girls have to change every year to get in younger and fresher faces.”

Encouraging words for any budding young female journalist who thinks actually learning about their chosen field might be more important than dousing oneself in Fair & Lovely from a young age.

If the girls are “not chosen for their knowledge of cricket” then on what basis are they chosen? On how presentable they look against the green backdrop of a stadium or on how well they can hold a mike or how tight can their dress get without splitting?

Let’s have a look at some of the inanely absurd things Miss Kotak and Miss Rao have uttered on camera while talking to cricketers: 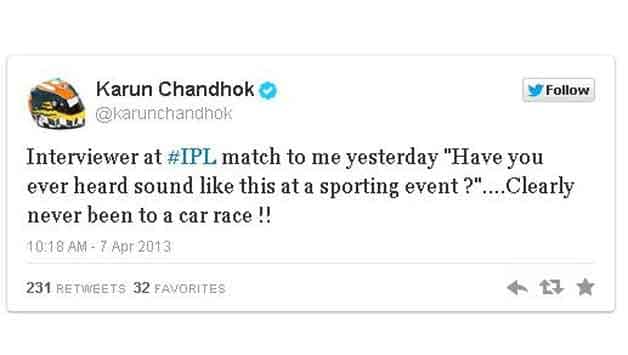 My point here is simple: I am a lady who not only follows cricket, but aims to work in the field of sports journalism. And instances such as these IPL hosts are detrimental to my prospects. Mr. Vyas clearly mentioned that they need glam models with no knowledge of cricket for the entertainment factor. But in the process he is negatively affecting the image of women sports presenters.

They could have used Indian female cricketers and subtly promoted them and their game. There is no dearth of cricket-playing or following women in India. Hell, many of them are nice to look at as well if Preity Zinta, bouncing up and down, isn’t enough for you. If the aim is to have beautiful, eye-pleasing women, then it can be achieved without stereotyping sports-loving women and insulting the intelligence of the wider cricket-watching population.

Next time you’re watching the IPL, just ask yourself this question: Am I honestly happy I’m listening to Danny Morrison rather than Mithali Raj?

(Zenia D’Cunha is an aspiring sports journalist. Her Twitter handle is zeniadcunha and she blogs at http://sportilligent.blogspot.cz/. The above article is reproduced with permission from AlternativeCricket.com, which is currently developing a scholarship for young Afghan cricketers. You can follow them on Facebook (facebook.com/alternativecricket) and Twitter (twitter.com/altcricket)

Chennai Super Kings not performing as well as they can, says MS Dhoni