Taylor's knocks of 76 at Sharjah against Pakistan and 76 against South Africa at Durban showed his ability to excel on different sorts of wickets and opponents.

Ups and downs are inevitable in a cricketer s life, but to have his career thrown off track completely due to a medical condition that threatens their life is extremely unfortunate. As England and the world watch their young guns take the world by storm under the banner of New England, one of their most promising young batsmen has been sidelined for good. A serious heart condition has forced James Taylor to pull the plug on his cricketing career. It is one of the harshest realities that he and England will have to face. READ: James Taylor retires from international cricket due to serious heart condition

Taylor s exit from England and international cricket is not going to create a huge chasm. He was still finding his feet as far as international cricket is concerned, having played only 7 Tests and 27 ODIs since making his debut back in 2011. Taylor walks away from cricket in one of the most unfortunate circumstances, but not before having struck an ODI century against familiar foes Australia at Manchester in September 2015. READ: James Taylor forced to retire from cricket: Twitter reactions

In an era of burly men swinging a meaty bat as per their wish irrespective of formats, Taylor was one of those rare batsmen who, with a short frame and a huge heart, took on the best of bowling attacks. If his knock of 101 at Manchester was splendid, Taylor s grit and fortitude was at display in the opening match of the 2015 Cricket World Cup against the same opponent, wherein he dug in to make a fabulous 98 not out while everyone around him flopped.

Taylor displayed tremendous application and skills whenever he walked out to bat, and in a short span of 7 Tests for England, it will be unfair to judge how good he was in the longest format of cricket. His short journey in Test cricket began in August 2012 against South Africa at Leeds a series in which his side was blown away from the top spot in Test rankings. Taylor impressed in his very first act, scoring a disciplined 34 off 105 balls.

He may have had an extremely short career, but the knocks of 76 at Sharjah against Pakistan and 76 against South Africa at Durban showed Taylor s ability to excel on different sorts of wickets and opponents. To substantiate this, he made 90 and 68 in two consecutive ODI innings in Colombo and Pallekele in December 2014 against Sri Lanka. READ: What is arrhythmia?

Despite all this, England remained suspicious of his talent. After playing two Tests in the home series against South Africa in 2012, he was axed and England kept looking elsewhere for their overhaul even after a colossal rout in the 2013-14 Ashes Down Under. Back in domestic cricket, Taylor garnered success in limited-overs cricket, but it will be safe to say that he would have liked to have scored a little more than what he did for Nottinghamshire after moving to the county in 2011.

Taylor exits cricket at a very young age of 26, suffering from a very serious heart condition called ARVC (Arrhythmogenic Right Ventricular Arrhythmia). We can only wish Taylor a speedy recovery from the ailment. 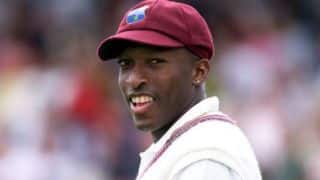