South African born Australian Under-19 opening batsmen, Jaron Morgan has been a fine player for Australia in the ongoing ICC Under-19 World Cup 2014.

Although, he has yet to achieve major success in the tournament, he has managed to help Australia to get quick starts on every occasion, before getting out consistently in the 30s and 40s.

In the quarter-final match against the West Indies, he hit his first 50 and in the process added 100 runs with fellow partner Matthew Short to regain the momentum Australia had lost after a sparking hundred by West Indies opener, Nicolas Pooran.

Morgan spoke to cricketcountry about playing South Africa in the semi-final and the experience of playing in the ICC Under-19 World Cup 2014.

CricketCountry (CC): After getting plenty of starts in the tournament, you must be delighted to notch up a half-century in a crucial match against the West Indies?

Jaron Morgan (JM): Yes, I took my time to get in. I feel a lot better now that I have got a fifty under my belt. Hopefully, I can move on from here and essay a hundred by the end of the tournament.

CC: Why do you think you were failing to capitalise on those quick-fire starts?

JM: It is related to lacking in concentration. I think I was playing some dumb cricket. I was getting out in weird ways, but I would say that concentration was the main reason for it. I guess fatigue also has played a part.

CC: Your views on opening the innings with Short and the success both of you have achieved at top of the order?

JM: We are both very laid back blokes, so it helps us stay as calm as we can. Basically, we work on a principle related to see the ball and hit it. We have conversations between overs, but it not necessarily all the time about cricket. In general, we try to keep it light-hearted.

CC: You are quite aggressive at the start of the innings. Is that just the sort of player you are?

JM: As I see it, my best time to score quick runs is at the beginning of an innings, when the field is up. So, I fancy myself hitting it over the top. I do back myself to go over the top early on in the innings, and it comes off on occasions.

CC: How difficult is it to adjust to the subcontinental wickets ?

JM: Everything here is about front-foot play. Basically you need to plonk your front-foot down the pitch and play as straight as you can for long.

CC: Is it an advantage playing South Africa in the semi-final rather than a team from the subcontinent?

JM: I reckon yes. We have seen them couple of times and we have been on a few tours. I think we will go into the match with more confidence than if we were playing Pakistan or someone else. Especially on a wicket like the one we saw against the West Indies which is a bit similar to Australian track. So, that should turn out to be pretty good. 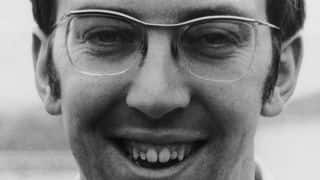 Geoff Cope: England off-spinner whose career was plagued with obstacles 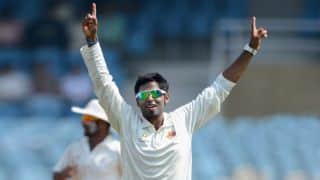