Jason Holder's first assignment will be during

Jason Holder was recently appointed captain of the West Indies Test side after the selectors sacked Denesh Ramdin from the post. It was also a tad surprising when he was appointed skipper of the One-Day International (ODI) side, a responsibility he is yet to get accustomed to having won just 4 out of 12 matches as skipper. Ramdin did not have much to boast about as skipper as well, having registered 4 wins in 13 Tests. With West Indies touring Sri Lanka shortly, Pramod Ananth believes it is the right time for West Indies to commence their new era under Holder.

West Indies’ next tour, against Sri Lanka, kick-starts with a two-Test series. Sri Lanka have lost their previous two Test series at home — to Pakistan and India. The Angelo Mathews-led side is short on confidence, and the retirement of Kumar Sangakkara is a further blow to the team. West Indies can perhaps see this as a window of opportunity and add to Sri Lanka’s woes. READ: Jason Holder: Move to give youngster Test captaincy a necessary risk

West Indies, too, have many new faces in their side. Some of them got the opportunity to play in the home series against Australia, whereas some have been named in the West Indies squad for the very first time. Holder will have options to choose from and will hope he eventually makes the right call in picking the playing XI.

Holder led the team reasonably well in the ICC Cricket World Cup 2015, registering an impressive win over Pakistan. However, neither he nor his team could contain South Africa or New Zealand, against whom they suffered heavy defeats.

Holder has proved he is no mug with the bat. He scored a match-saving unbeaten century against England at Antigua and an unbeaten 82 against Australia the previous series (though he could not save the match a second time). He has not had a particularly good time with the ball, but should get better with more international matches he plays. READ: Jason Holder’s transformation into a batting all-rounder holds great hope for West Indies

West Indies Cricket Board (WICB) have definitely taken a gamble by appointing him skipper in lieu of Ramdin, but it is a risk worth taking. Chairman of Selectors Clive Lloyd has put a lot of faith on the 23-year-old, and will hope that it pays off eventually.

With the current crop of players, Holder is perhaps the best option. West Indies will hope their decision pays off, but it is crucial Holder gets an extended run irrespective of the outcome. If they are patient enough over a long period of time, there is no reason why this move might not work. READ: WICB: Confident of Jason Holder leading West Indies with courage and conviction 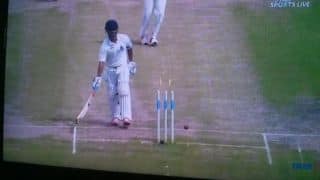 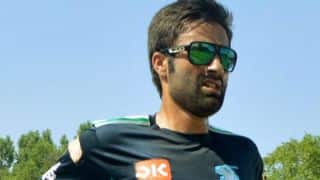