England will be hoping that their darkest hour may have passed and resilient young cricketers bring in the much-awaited dawn, and the sun shines brightly

England will be hoping that their darkest hour may have passed and resilient young cricketers bring in the much-awaited dawn, and the sun shines brightly. While the talk of the town is still Kevin Pietersen’s return, young guns like Joe Root and Gary Ballance are busy piling up runs. There’s little doubt that Root will lead England one day. And that day may arrive soon.

He has Bradmanesque numbers since his return to the Test side after he was dropped after the Boxing Day Ashes Test in 2013. Since June 2014, in nine Tests so far, he has amassed 1101 runs at an average of 110.1. All four of his hundreds (200 not out, 154 not out, 149 not out and 182 not out) have come big. It’s not just the runs but its also his attitude and insatiable hunger that defines the leader in him. Right since his Test debut in Nagpur in 2012, Root has showed an intensity rarely found in English cricketers, a hunger to win.

In the ongoing second Test, when Root came in to bat, they were still trailing by 135-runs. Maximising the lead was the objective then and Root went on to craft another fine hundred. A hallmark of his batting is the way he teams up with the lower-order and tail-enders and that does bring memories of VVS Laxman, who was quite good in doing the same. It was just a few months back, when against India, Root and James Anderson were involved in a record last wicket partnership of 198.

On Thursday, Root intended to something similar but when Anderson got run out quite recklessly, the former’s expression said it all. He was furious and smashed the bat on the ground. He shook his head as if he had failed in the mission or played a rash shot to get dismissed for a blob. Though he was courteous enough while walking back to acknowledge the crowd who cheered him for his fantastic innings, he didn’t sink in it. He was left 18 short of his double ton. Yes, that may sound a bit selfish but double tons in Test cricket don’t come easy and ask the great Sachin Tendulkar, how livid he was when captain Rahul Dravid once declared the innings with his stranded on 194. Root’s disappointment stemmed more from Anderson’s silly run out and the preceding series of cheap dismissals of other colleagues. England had managed a lead of 165, but he knew that wasn’t enough to enforce an innings defeat.

No sportsperson wants to lose and it’s the same with the eleven men who represent the English team but Root sports a different positive attitude. It’s evident if one sees how he plays. He is looking for win. He takes calculated risks and whether he is batting, bowling or fielding, his mind is at work and not once he gives an impression that he has gone about the job mechanically. Even while fielding he will throw himself even in the most impossible attempts; he is clapping and encouraging the teammates and not shying away from having a few words with the batsman. He thinks and acts like a captain and English selectors who have made several baffling decisions in the past, have rightfully invested on his man as he looks set to be the future leader.

Above all, he is a fine batsman and is one of the few Englishmen apart from Pietersen who has adjusted to all three formats without much trouble. He shifts gears with ease, his hunger for runs is impressive. On Thursday, in scorching heat and slow outfield, Root adapted well and adjusted, looking for twos. He didn’t hit a single boundary in front of square on the off-side. He did all he could and yet wasn’t satisfied. West Indies Marlon Samuels scored a fine hundred to bail out his side in the first innings, and the moment he got to the milestone, he threw his wicket away. Here, Root was focussed on team’s success. The example of Samuels’ dismissal is apt in what differentiates a good batsman from a great.

Root has joined the league of Virat Kohli, Steve Smith and Kane Williamson, who will lead their respective sides in the coming years and are potential batting greats. And for England, in Root, Ballance, Jose Buttler and Ben Stokes, there’s plenty of hope that the dark clouds will fade way soon. 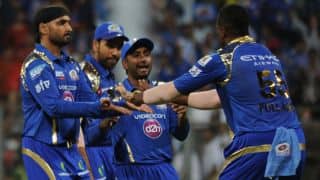 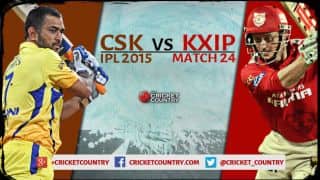