The plot of this movie is quite interesting. Rohit Sharma, one of India's most-followed batsmen, is also expected to play a cameo.

In 1999 Bollywood witnessed a romantic comedy based on an Indian wife and her struggle to get her husband back after he had an affair. It was not among the highly-rated movies, but David Dhawan made it work. It featured Karishma Kapoor, Sushmita Sen, Salman Khan as well as Anil Kapoor and Tabu as support cast. It was the second-highest grossing movie of that year in India. After all these years Dhawan has decided to come up the sequel of this movie but he has decided to cast three New Zealand cricketers.

New Zealand skipper Kane Williamson will be as the lead actor alongside his two flop batsman Martin Guptill and Ross Taylor. As reported by our sources, the plot revolves around Williamson s struggle to handle his two out-of-form batsman and his downslide in personal form as well. As expected, Guptill and Taylor kept struggling from the start of their tour of India in 2016. During their struggle, Guptill and Taylor tried to apply some black magic to regain their form, but in doing so they fail and their poor luck find another partner in Williamson. The first sign of Williamson s poor luck was witnessed after Williamson got sick just before the second Test and in the third Test; he was struggling to see the ball, which led to New Zealand s whitewash in the series by 3-0.

Williamson got to know about Taylor and Guptill s black magic after New Zealand were thrashed by India in the first ODI of the series. Williamson immediately went to meet Indian captain MS Dhoni for a solution. Since Dhoni is known for his big heart, so he said that he will not take his catch during the second ODI and will help Williamson in scoring a hundred because that is the only way to cut the black magic from him.

Dhoni stood to his words and Williamson ended up scoring a hundred. Williamson became first batsman to surpass the hundred-run mark so far in this tour. He is also now the third Kiwi captain to score a ton against India in ODIs.

The plot of this movie is quite interesting. Rohit Sharma, one of India’s most-followed batsmen, is also expected to play a cameo with his sleeping face in the background during the Williamson-Dhoni conversation. Be ready for this entertaining movie. 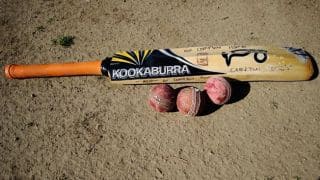 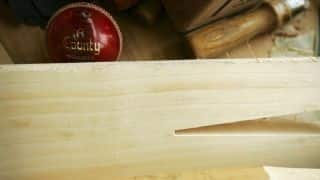