The KXIP opening duo of Virender Sehwag and Manan Vohra had added 36 runs.

The encounter between Kings XI Punjab (KXIP) and Barbados Tridents (BT) turned out to be a treat for the local fans at Mohali as the hosts pulled off a four-wicket win, their second in as many games, to become top contenders to be the first team to enter the semi finals. Amit Banerjee takes a look at some of the key moments and highlights from the match.

Dilshan Munaweera’s fireworks: Munaweera smashed a quickfire 50 from 26 balls, hitting five fours and three sixes at a strike rate of 192.30. The Tridents were perched comfortably at a score of 54 for no loss at the end of five overs when Munaweera was on despatching the KXIP bowlers all over the park.

Raymon Reifer to the rescue: The Barbadian all-rounder came to the fore when the runs were beginning to dry up for the Tridents after a couple of dismissals. Reifer’s innings of 60 runs off 42 deliveries included three fours and four sixes and helped the Barbados post a competitive total of 174 for the loss of six wickets at the end of their quota of 20 overs.

Viru and Vohra’s opening stand: The KXIP opening duo of Virender Sehwag and Manan Vohra had added 36 runs off the first three overs at a run-rate  of 12 per over. It was mostly a Vohra show, who scored 27 runs off 19 balls before he departed with KXIP losing their first wicket for 41 runs.

Jeevan Mendis’s disciplined show: Mendis ended with figures of 4-0-18-2, which is quite a feat in a Twenty20 game, given how bowlers are minced in this format. Mendis also took the crucial wickets of Virender Sehwag and skipper George Bailey that silenced the Mohali crowd on many an occasion.

The ‘Killer’ Miller show: With KXIP down at 131 for the loss of six wickets, it was upto David Miller and Akshar Patel to take their side home. The two then went on to add 47 runs in the next 19 balls as Miller and Patel finished at individual scores of 46 and 23 from 34 and 9 deliveries respectively. The Punjabi victory was brought up in style as Miller hit a six off the second last delivery of the match. 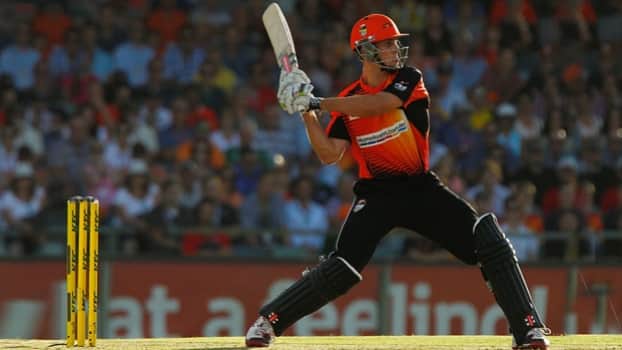 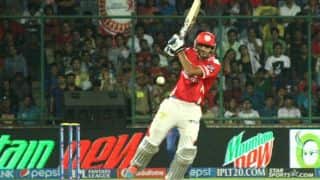