Lebrun Constantine: Grandson of a slave, father of a Baron

Lebrun Constantine: Grandson of a slave, father of a Baron

There was more to Lebrun Constantine than being the father of Baron Learie Constantine.

Born May 25, 1874, Lebrun Constantine was a champion Trinidadian all-rounder. A grandson of a slave, he also fathered perhaps the first iconic character in the history of West Indies cricket. Abhishek Mukherjee looks at the first West Indian cricketer to score a hundred on English soil.

Lebrun Samuel Constantine’s grandfather was a slave; his wife Anaise Pascall was a daughter of one. Though he had never had to endure the ignominy and agony of slavery himself, the stigma of racism had remained in the society. Playing cricket was one thing: it was almost unbelievable that Constantine would elevate himself to the level of one of West Indies’ earliest cricket stars, carving a niche of his own on West Indies’ first tour of England.

It was not just another cricket tour for West Indians: it was one that represented national and personal pride, and Constantine was one of the heroes of the tour. He “had much to do with his cricket development while also painting a realistic view of untried roads ahead,” wrote Wisden.

“Old Cons” was a hero to his contemporary countrymen: he was the first face of West Indies to the world, and was perhaps one of the earliest icons of West Indies cricket. VS Naipaul’s A Way in the World had a character named Lebrun, who, according to the speculations of Patrick French (the authorised biographer of VS Naipaul) was based on Lebrun Constantine.

Had he not been a man of such stature, he would still have been remembered as an exceptional cricketer. An aggressive yet faultless batsman, a handy medium-paced bowler, an exceptional slip fielder, and even a wicket-keeper, Constantine had played 56 matches, scored 2,433 runs at 25.34, had taken 46 wickets at 13.73, and had accounted for 95 catches and a stumping. It was not surprising that his son became West Indies’ first world-class all-rounder.

Wisden called Constantine “an excellent bat; considered to be Austin’s rival, but his strokes lack the finish of Austin’s. Cricket — A Weekly Record of the Game wrote that he was “another of the brigade who proved himself very strong on the left side and can bat with power. He fields in the slips and can bowl right arm medium pace if required.”

Born in Maraval, Constantine, not bound to slavery anymore, became an overseer at a cocoa estate in Diego Martin. He failed on his First-Class debut against Barbados, and did not do anything worth a mention in the solitary match against the Robert Lucas’ XI in 1894-95.

It was in 1896-97 — against Lord Hawke’s XI and Arthur Priestley’s XI — that he finally started delivering: with 196 runs at 24.50, 3 wickets for 12 runs, and 11 dismissals from 5 matches, Constantine became a permanent fixture in West Indies XI. First-Class matches were sporadic those days, but Constantine became a permanent fixture thanks to his all-round abilities. Thus, when West Indies toured England for the first time in 1900, he found a place on the boat.

West Indies’ tour matches in 1900 were not given First-Class status, and they ended up losing every match — but enjoying themselves thoroughly in the process. When Gloucestershire piled up 619 at Bristol, Gilbert Jessop hit 6 boundaries in an over. Pelham Warner found the reaction somewhat unusual. As he wrote in My Cricketing Life, “The black men of the team were so amused that they sat down on the ground and shouted with laughter at the unfortunate bowler’s discomforture!”

It was in the match against Gentlemen of MCC at Lord’s that Constantine created history. The hosts amassed 379 before bowling out the West Indians were bowled out for 190 (WG Grace took 5 for 56). Following on, the tourists found themselves reeling (the first 8 batsmen had scored 95 between them, of which 65 had come from Charles Ollivierre and Stanley Sportson) when Tommy Burton joined Constantine.

In an amazing display of stroke-play Constantine became the first West Indian to score a hundred on English soil (though the match was not given First-Class status); he scored 113, Burton remained unbeaten on 64, but the hosts won by five wickets. Wisden called Constantine’s innings “a dashing and faultless display”.

They came again in 1905, but it was in 1906 that they made an impact, as did our hero. On his first match of the tour, against WG Grace’s XI at Crystal Palace, Constantine stood tall amidst the ruins, coming out at 29 for 2 and scoring 89 out of a total of 156. He was in excellent form towards the end of the season: he scored 54 and 51 against England XI at Blackpool, 79 and 31 against Yorkshire at Harrogate, and 92 and 50 against Leicestershire at Aylestone Road in 6 consecutive innings.

On his return home, Constantine scored 116 against British Guiana; it remained his only First-Class hundred. In his next match, in the Inter-Colonial Tournament Final, Trinidad piled up 346; Constantine then ran through the Barbados line-up, taking 6 for 17 (his only five-for) to skittle them out for 134. Set to chase 406, Barbados were bowled out for 190, Constantine finishing with 28-10-37-2.

Constantine continued to play till 1912-13, and made a solitary appearance for Trinidad against Barbados in the Inter-Colonial Tournament final of 1922-23 at Bourda. Playing alongside Lebrun Constantine was his illustrious son Learie, who batted just above his father in the batting line-up and picked up a wicket apiece. It did not help, though, as Barbados won by an innings and plenty.

Three sons of Lebrun Constantine played competitive cricket: Learie Nicholas, the eldest, became the first icon of West Indian cricket, lit up England with his electric performances, was a staunch activist against racism, and was named a Wisden Cricketer of the Year in 1940. He was knighted in 1962 and made a Life Peer in 1969.

Sir Learie Constantine was perhaps the reason behind the rise of West Indies cricket; New Zealand and India, two teams who had played their first Tests at roughly the same time as West Indies, did not have an ascent as steep. His younger brother Elias played First-Class cricket for Trinidad, while Ossie played for South Trinidad. Lebrun’s brother-in-law Victor Pascall played First-Class cricket for Trinidad as well. 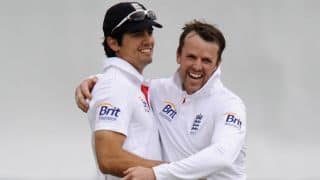 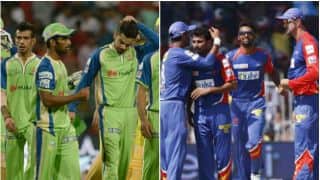