Contrary to the norm, 'pressure' is more on the umpires, don't you think? Be it a dead rubber or a cliffhanger, they have to ensure the best decision goes in favour of a batsman or bowler.

Ireland’s Paul Stirling was on the verge of equalling a stunning record during the second ODI versus Afghanistan on Friday. He would have become only the second player, in 3851st match, to take a six-for and score a hundred a feat held by England’s Paul Collingwood. However, misfortune had the last laugh, for he was adjudged lbw for 95. Replays suggested that leg-spinner Rashid Khan’s wrong ‘un would have missed the leg-stump. As a result, Stirling unfortunately missed out on a well deserving record, which eventually remained intact with Collingwood. Moreover, Ireland lost the game by 34 runs. Surely, their camp must be irked at the umpire’s misjudgment. After all, this was their fifth straight defeat in the series against the in-form Afghanistan.

In the post-match press conference, Gary Wilson represented Ireland. In a 10-minute interaction with the media, he spoke about Stirling’s dismissal twice and how it impacted the final result. “Thought Paul (Stirling) was very unlucky to get out that way. I really feel he would have gone on and won us the game”, stated the Irishman.

Shedding light on the umpire’s flaw, he further added, “If couple of decisions goes our way or slightly in our favour, then we win the game.” In his defence, his frustration is justified. But let us introspect a person’s job, who chose to stand on the field, in scorching heat of Greater Noida, for more than 7 hours.

“Concentration plays a very big role. You don’t have time to relax. Even if you are standing at the striker’s end, the six balls that your partner is at the bowler’s end, you are still concentrating”, umpire Shahvir Tarapore told Sportskeeda.

In a time, where there is always a lot of cricket, wrong decisions are bound to take place. In addition, minimal physical activity makes mind stagnant. Umpires, unlike players, do not run around the ground. They, in fact, have to have zen-like focus (for better choice of words). They have to stand, concentrate with same wavelength for smooth conduct and, above all, make a right call. To be fair and square, there is no room for complacency, there is no margin for error.

Amidst all this, if a game becomes a thriller, it not only keeps the players tested but also keeps the umpires’ on their toes, perhaps more than any phase of the game.

“Umpires’ are feeling the heat out there.”

“It’s getting down to the wire. Players are feeling the pressure as well.” Perhaps, commentators’ most used phrase.

However, contrary to the norm, ‘pressure’ is more on the umpires, don’t you think? Be it a dead rubber or a cliffhanger, they have to ensure the best decision goes in favour of a batsman or bowler.

MS Dhoni, Graeme Smith, Ricky Ponting and Brendon McCullum are hailed as successful leaders. Of course, their decision-making in crunch hours has earned them this stature. However, the umpires, whose sole job is to take decisions, are highlighted only when they go wrong. They are never credited much for their wise calls. Come on, to err is t human. Could you please cut them some slack?

Will this please the umpires for their taxing job by any chance?

Reporting live from Greater NOIDA Sports Complex, I interacted with an Afghan fan during the three-match T20I series between Ireland and his country. Talking about umpires’ role, he shared a few valuable insights. Recalling the ICC World T20 2016 clash between Afghanistan and England, he said, “Moeen Ali was lucky to have survived for long as he was out much before. We lost the game due to his game-changing innings. But such things happen. Sometimes we are on the receiving end of a poor decision and at times we gain from it.”

“Umpires have a tough job as well. No one is perfect. They make mistakes on the field, but we should not react aggressively”, concluded the supporter. Coming from an associate team’s follower, I was surprised with his understanding. Accepting defeat due to someone’s follies, by all means, is courageous. He did that with grace. Maybe, Bangladesh fans should take a leaf out of such open-minded spectator. Remember their reaction following Rohit Sharma’s controversial dismissal during India versus Bangladesh‘s quarter-final clash in ICC World Cup 2015?

Is it so easy?

However, it is easier said than done. Indians were also left agitated during the infamous Test between Australia and India at SCG in 2008. The match had as many as 9 wrong decisions, with all going in favour of Australia. They eventually won the game by 122 runs. And as fate would have it, despite bouncing back in the next Test, India lost the series 1-2 (which ideally would have been 2-2). There were talks about it among the Indian media as well as fans. Come to think of it, the reaction said it all. Everyone pitied the then Anil Kumble-led team. Australia retained the Border-Gavaskar Trophy. All the same, time healed everything slowly and steadily, and everyone moved on.

Umpires have a tough job as well. No one is perfect. They make mistakes on the field, but we should not react aggressively

Hear it from the best: Simon Taufel

Technology a friend of foe?

The modern world is obsessed with the advent of new technologies. This means that the game has moved on rapidly from yesteryears. We have seen the adequate use of Decision Review System (DRS), Hotspot, snicko-metre and hawkeye, apart from the usual third-umpire referrals. No doubt, DRS and other modern methods have been included to lessen the burden of umpires. However, on the other hand, it constantly keeps them under the radar. No umpire is pleased with his decisions being referred upstairs or the captains signalling the use of DRS. Ask Kumar Dharmasena for more.

It is tough to call whether these new technologies act as a friend or foe for the umpires. It is safe to say that their introduction have tarnished their image to an extent. Taufel also shared the challenges of working with the new inventions to ESPNCricinfo. “It is really challenging environment to work in, because now that we have got DRS, it has opened up a new challenge to the role of third umpire and how on-field umpires deals with it.”

Umpiring is one of the most difficult jobs. It requires unmatched concentration, patience, resilience and minimal margin of error. More than that, it takes a lot out of an individual without much credit. I tried getting a small byte of one of the umpires officiating in the ongoing Afghanistan-Ireland series, but his bewildered expression summed things up. He left confused as a reporter wanted to cover their angle despite the presence of some big players. Maybe, the connoisseurs and admirers of the game have a job in hand. They need to talk, write more and accept umpiring flaws in modern times.

After all, umpires’ value should not get lost in an unforgiving era. 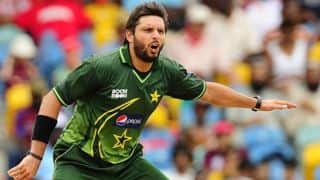 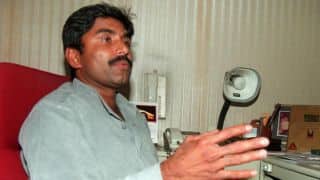