CricketCountry's Historian Arunabha Sengupta recounts the life and career of the man who once hit a ball clean out of Lord s.

EH Budd, born February 23, 1786, was one of the leading gentleman-cricketers of his day and a top-class lob bowler. Arunabha Sengupta recounts the life and career of the man who once hit a ball clean out of Lord s.

He was known by his initials and last name, EH Budd.

Reverend James Pycroft, one of the first ever cricket chroniclers, often played against him and held him in the highest esteem. Therefore, Budd appears in The Cricket Field as frequently as the greatest of the day, Lord Frederick Beauclerk and Silver Billy Beldham. But, it was not mere adulation that sees him listed as one of the best cricketers of his day.

Budd was a genuine great. For years, he ranked with Beauclerk as the greatest all-round gentleman cricketer of his times.

He was a magnificent field, an excellent bowler of underarm flinging lobs, and a hard-hitting, rather impetuous batsman who was one of the proven masters of the willow in his day. His only failing was aptly summed by Beauclerk as follows: Budd always wants to win the game off a single ball.

He was also good enough to play a few matches as the wicketkeeper.

Budd scored 2,726 runs in First-Class cricket, hitting a solitary hundred and 16 fifties, captured 173 wickets, caught 51 men and stumped 27. He was a true all-rounder and a versatile one.

He was indeed one of the best batsmen of his times. Once he wagered Thomas Lord 20 guineas that he would hit the ball out of the old ground. He proceeded to do exactly that, clearing Lord s with his three-pound bat. When, however, he proceeded to claim the money to distribute among his teammates, Lord was shabby and would not pay.

He was also a magnificent cutter of the ball.

But his batting skills did not really keep him from becoming one of the best bowlers of his days as well.

According to Pycroft, Budd delivered the ball from the hip, and always with a chuck or fling from the hand. He could sometimes be quick enough to be classed medium pace, while the nature of the lobs carried with them plenty of guile.

It was a high, underhand delivery, rising high, accurately pitched, and often turned in from the leg-stump. Beldham and Thomas Beagley, two of the greatest cricketers to play in that era, ranked Budd s bowling as superior to Beauclerk s. Sometimes he bowled through an entire match without sending a single ball wide of the stumps.

In the field Budd was brilliant. When over forty, he was still one of the quickest men, taking always middle wicket, and often, by swift running, doing part of the long-field s work.

The brilliance of Budd is characterised in one of the immortal stories of the era.

In 1820, he was attending the annual Marylebone dinner when William Ward, that sound judge of cricketers, challenged him to take on any cricketer in a single-wicket match without fielders for a stake of fifty guineas. On reaching Lord s on the appointed day, Budd was somewhat surprised to find John Brand, the Sussex fast bowler, to be his opponent.

Budd batted first and scored 70, in spite of receiving several blows on the nankeen knees and sick stockings. Consulting a friend, he then proceeded to knock down his own wicket to prevent the match from going into the following day, lest he was down with stiffness from the blows. He bowled Brand for a no score, and then knocked up 30 more run. Following that he bowled his opponent yet again for a duck.

Given that Ward was supposed to be a good judge of cricketers, the match has gone down as one of the hollowest victories on record.

Born into a well-to-do family, Budd excelled in all five manly sports of cricket shooting, sparring, running and jumping. But, cricket remained his first love and he played for over half a century and was still turning up at training sessions in his seventies.

Standing at 5 feet 10 inches, Budd remained incredibly uniformly tilting the scales at 12 stone for many, many years. Through his days, the game changed in style and attire. And in spite of the new-fangled gear of pads and gloves, he never changed from his cricket dress of youth.

His athletic abilities lasted almost as long as his cricket career. Budd often challenged others to a sprint of 60 yards while carrying a 12-stone man while his opponent, unencumbered of such load, ran 100 yards.

Finally, Budd was one of the first cricketers to have his First-Class career interrupted by War. In his case it was the Napoleonic Wars that saw him play very little cricket between 1811 and 1815. Having made his entry into the top level of cricket in 1804, he played his final First-Class match in 1831. However, his duties as a War Office clerk prevented him from indulging in his sport during the atrocities in the continent.

Also, along with The Squire George Osbaldeston, Budd forged one of the first great friendships in the history of cricket, long before the likes of Keith Miller and Denis Compton. They remained closest friends for over half a century. The two met constantly in connection with every form of sport, long after their cricketing days were over. When Osbaldeston passed away in 1866, Budd was a man over 80 and spending his time growing tulips and rearing pigs. But he was deeply affected. A noble fellow, always straight, he summed up.

According to HS Altham, Can we doubt but that, had Fate seen fit to reverse their destinies, the one would have passed upon he other a verdict no less generous?

Budd outlived his friend by nine years, living a robust country life before passing away in 1875. 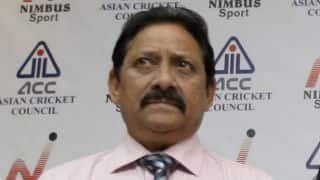