Mortaza s humble gesture to his fan was probably his way of giving it back to committed group of followers for supporting him throughout his career.

It was the third One-Day International (ODI) match between Bangladesh and Afghanistan at Mirpur when a fan from the crowd somehow managed to escape the security and entered the ground to meet Bangladesh s limited-overs skipper Mashrafe Mortaza. Bangladesh is not among the big teams in international cricket but that incident surely speaks very much about how big is Mortaza in the country. He is not just a cricketer for Bangladesh but an inspiration to all. The people of Bangladesh probably see him as the man responsible for their national side s revival in recent past and remain concerned of him.

Cricket is not just a game in Bangladesh, it s much more than that and arguably it s the lifeline of the people of the nation, very like in India. Bangladeshi s not only follow cricket but they live it and have always stood by to their team since their inception in international cricket. For any fan, meeting captain of the national team or even getting a chance to see them in front of their eyes remains a big desire. Some get such a chance without many hurdles while others make way of such opportunities by breaking barriers nonchalantly.

An unknown person who met Mortaza will be seen as a hero who remained unfazed by hurdles to trick the security and meet the 32-year-old. The most significant aspect remains that of Mortaza who showed calmness to deal with the situation.

Mortaza could have easily ignored him by moving from him like the former players from the old days when there were not much security but he chose a different path. Mortaza greeted his die-hard fan with a hand shake and also protected him from getting beaten by security personnel.

Mortaza hugged the unexpected visitor quite tightly in order to protect him and that particular moment cannot be penned down in words. Just imagine, a cricketer, who is the captain of a national team and has the option to escape from such incidents stood his ground and appreciated the spectator. Nobody would have questioned Mortaza if he had chosen to ignore the local lad but, to everyone s surprise, he chose to do something very uncommon done by modern day cricketers.

Security persons will be surely questioned over this mishap on their part as they are appointed for bridging the gap between spectators and players. Their aggression was understandable but to try and beat the unwanted visitor was not very pleasing. One of the security persons kept beating Mortaza s fan despite repeated appeals from the player himself. Fans interrupt in countries like England and Australia but people concerned with security never indulge in beating the member of a crowd. Their primary job is to take the streaker from the ground in a subdued manner and not create a scene.

Coming back to Mortaza, it was his loyal fans back in 2011 who came in large numbers to protest their favourite player s omission from the national squad. The fans formed a 300m long human chain in order to depict their protest over selectors ignorance from ICC Cricket World Cup 2011, jointly hosted by Bangladesh, India and Sri Lanka. During that time, Mortaza appealed to his fans to stop the protest and thanked them for their selfless support.

There is a huge reason behind Mortaza s strong fan following in Bangladesh as compared to his other teammates. It was he who made it possible for Bangladesh to beat India for the first ever time in a World Cup match in 2007. Mortaza bowled excellently by scalping four wickets, which included India s top batsmen in the form of Virender Sehwag and Robin Uthappa.

Over the years, Mortaza has become among the greatest servants of Bangladesh cricket. He has been in the side since the last 15 years and has still a lot to contribute through his wealthy experience. It was under his captaincy wherein Bangladesh reached to a pinnacle in ODIs. Under him, Bangladesh have won six consecutive ODI series at home, with the recent one coming against Afghanistan. Mortaza is the only captain from Bangladesh to have more wins than defeats. In 31 ODIs under Mortaza s captaincy, Bangladesh have won on 22 occasions whereas losing only 9 games. It was under him that Bangladesh played their first ever knockout game in a World Cup (ICC Cricket World Cup saw The Tigers reach quarter-finals for the first time).

Mortaza s humble gesture to his fan was probably his way of giving it back to committed group of followers for supporting him throughout his career. True that Mortaza cannot go and thank everyone who has supported him but what he did was a bit exceptional and has set an example.

Yes, there will be question coming over security issues with England coming to Bangladesh after having second thoughts but one should not ignore Mortaza s gesture and term it as memorable in times to come. 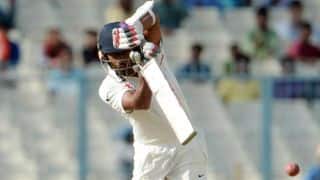 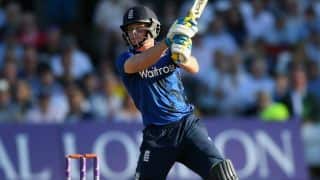 Bangladesh vs England: Jos Buttler calls for focus on cricket