Mohit Mahipal Sharma, born September 18, 1988, is an Indian medium pace bowler who represents Haryana in Ranji Trophy. In just the 22 ODIs that he has so far played for India, Mohit has already made a mark. Chinmay Jawalekar lists a few ‘must-know’ facts about the bowler on his 27th birthday.

Mohit is a part of the breed of new-age Indian cricketers, who are making it big despite coming from the small towns. He comes from the town of Ballabhgarh in Haryana, about 37 km, or around an hour from the national capital New Delhi.

It wasn’t easy for Mohit to get into serious cricket, as there was no role model in his family or among friends in the locality. Initially, it was through street cricket and local tennis ball tournaments that he honed his skills.

The first proper cricket training that he ever got was at the Faridabad academy run by former India wicketkeeper Vijay Yadav.

In 2008, Mohit almost gave up cricket after a back injury left him bed-ridden for almost a year. Fearing he might fall into bad company or leave the game altogether, Yadav asked Mohit to give him one year and to stay with him at his academy’s hostel. Things improved and his career went up from there.

5.  Rose through the age-group camps

Mohit was a brilliant performer right from the age-group days. He performed consistently well in the age-group camps organised by Haryana Cricket Association and remained on the fringes for selection.

Mohit had an ordinary debut, picking just two wickets against Gujarat. But his side went on to win the match. He ended up playing just three matches in his debut season, as his state-team made it to the semi-finals.

During the 2012-13 Ranji season, he emerged as one of the best fast bowlers in the country, finishing as the fifth-highest wicket-taker with 37 wickets to his name from seven games at an average of 23.

A successful Ranji outing landed Mohit in Chennai to play in the IPL. He was picked up by the Chennai Super Kings (CSK) during the 2013 IPL and was given a consistent run in the side by the skipper MS Dhoni, who gave him the new ball and Mohit never disappointed. In the 15 matches that he played in the season, Mohit took 23 wickets.

Mohit’s consistent performances in the domestic circuit were rewarded with a maiden call-up to the Indian team for their tour of Zimbabwe in July 2013. His match spell of 10-3-26-2 earned him the ‘Man-of-the-Match’ award on ODI debut, becoming only the second Indian to achieve the feat after Sandeep Patil.

10.  Last man to dismiss the Master in domestic First-Class cricket

Mohit became the last bowler to claim Tendulkar’s wicket in domestic First-Class cricket when he cleaned-up the legend for five during his last First-Class match at Lahli in October 2013. Mohit also scored his highest First-Class score as yet, 49, in the same match. However, Tendulkar had the last laugh in that game as he guided Mumbai to a win in he second innings, scoring a half-century and remaining not out.

When Ishant Sharma was ruled out with an injury just before the World Cup 2015 to be played in Australia and New Zealand, opportunity knocked on Mohit’s door and he grabbed it with both hands. He ended up playing in all eight matches, taking 13 wickets at 24.15. He played a crucial role in Indian bowling unit’s dream run of picking all 70 wickets in first seven games. Not just that, he was also responsible for the AB de Villiers’ run-out when India beat South Africa in what was seen by many as a huge upset.

Mohit gives the credit of his success to the Indian limited-overs skipper Dhoni, who he believes has played a huge role in his development as a player. He also acknowledges the role of Andy Bichel, who’s also CSK’s bowling coach, in his growth.

The soft-spoken Mohit has remained grounded despite his success until now. Despite all the earnings from cricket, he still lives in the same house with his family. Also he visits the academy where he learned his cricket and sleeps in the same room, eating whatever the rest of the trainees have. 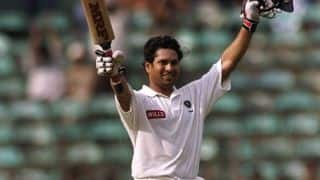