Mumbai Indians are amongst the most popular teams in the Indian Premier League.

Mumbai Indians had a bitter-sweet time in 2014, which perhaps pushed them towards introspection. They approach the Indian Premier League (IPL) 2015 with a new look, with Ricky Ponting and Rohit Sharma at the helm. Nishad Pai Vaidya previews the Mumbai Indians ahead of the IPL 2015.

Mumbai Indians are amongst the most popular teams in the Indian Premier League (IPL). With some of the biggest names having donned their blue jersey, it was but obvious that this Reliance-owned franchise would command a following. And, the results have been good, with one IPL title and two Champions League T20s in the kitty. Out of the seven seasons, they have made it through to the knockouts five times, qualifying for the final twice and winning once. Their record is second to only Chennai Super Kings, who have arguably been the best team in the tournament. IPL 2015 Auction: Delhi Daredevils full list of players bought

However, the year 2014 was bitter-sweet for the Rohit Sharma-led side. They started off with five consecutive defeats and somehow made it through to the next round, winning their last league game against Rajasthan Royals in dramatic fashion. In the CLT20, they were knocked out in the qualifiers, which perhaps pushed them towards introspection. Thus, they rang in some changes in the unit, picking some good players in the auction to strengthen their unit. Ricky Ponting takes over as head coach and he will bring in some great value, having played a leadership role during Mumbai’s IPL 2013 victory. IPL 2015 promises to herald a new phase for Mumbai, who aim to regain lost glory. IPL 2015 Auction: Kolkata Knight Riders full list of players bought

Strengths: A look at the unit tells you that they have a very strong batting unit. In Rohit and Ambati Rayudu, they have good India internationals. Parthiv Patel comes in to provide an opening and a wicketkeeping option. This obviously adds strength to the Mumbai unit as they need players with experience. Lendl Simmons has been in great form since last year and will continue to be one of their main players at the top. Aaron Finch and Aiden Blizzard’s inclusion also gives them another good opening batsman. Kieron Pollard, Lasith Malinga and Harbhajan Singh, the Mumbai veterans continue to form the core of this unit. Corey Anderson also retains his place. To back Malinga, they have good overseas bowling options in Marchant de Lange, Mitchell McClenaghan and Josh Hazlewood. IPL 2015 Auction: Kings XI Punjab full list of players bought

Weaknesses: With the plethora of overseas options, Mumbai may find it a little difficult to zero in on their four options. One should expect Finch, Pollard, Malinga and Simmons to don those roles, but the sooner the team settles, the better. With those options in play, Mumbai may only play Malinga as the overseas seamer, which may leave their fast bowling department a touch weaker. They have Vinay Kumar, Jaspreet Bumrah, Abhimanyu Mithun and Pawan Suyal, but they need to find consistency to help Malinga. Mumbai may be a bit too reliant on Malinga and Harbhajan in the bowling. IPL 2015 Auction: Royal Challengers Bangalore full list of players bought

Key Players: At the outset, one would pick Rohit, who has been one of the game-changers in the IPL. He will be Mumbai’s most dependable batsman in this tournament. One should say Harbhajan is also one of their key players as he has had a good time in the IPL. He will bowl tight overs in the middle, which would help build pressure. The likes of Pollard and Malinga are obvious choices, but Finch and Simmons could make waves in the IPL given their belligerence at the top. IPL 2015 Auction: Chennai Super Kings full list of players bought 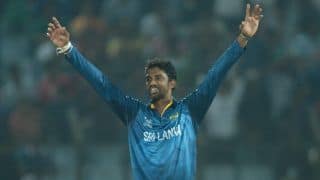 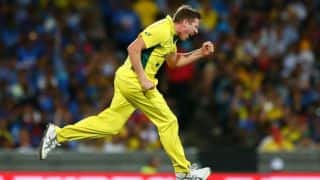