The way Mustafizur bowled against Pakistan in the T20I series prior to the first ODI against India gave a good indication of what to expect.

Mustafizur Rahman took 5 for 50 on One-Day International (ODI) debut against India, thereby joining a highly exclusive list of fifers on debuts. Shiamak Unwalla feels that Mustafizur is the latest example of Bangladesh’s fast-growing pool of talent that have come through in recent times.

Bangladesh are a team on the rise in ODIs. Over the last year or so, they have unearthed some exciting talent that have done quite well since making their international debuts. Taijul Islam, Taskin Ahmed, Sabbir Rahman, and Soumya Sarkar are some new entrants who have made an impact in their short careers so far, while Mustafizur Rahman is the latest youngster to shine. READ: Was MS Dhoni right in pushing Mustafizur Rahman aside?

One of the problems most developing cricketing nations — this includes the likes of Zimbabwe and Ireland as well — is that they tend to have a rather one-dimensional bowling attack. Afghanistan are the one exception to this rule; their bowling has a lot of variety but the batting remains suspect. Ireland especially have bowlers who tend to be of a similar pace and who rely on similar tricks to take wickets.

This is a problem Bangladesh faced for a long time as well. Mashrafe Mortaza was quick when he made his debut, but frequent injuries have since caused him to cut down on his pace. For much of the 2000s, most of the pace bowlers — from Rajin Saleh to Tapash Baisya to Syed Rasel to Shafiul Islam — all bowled at a similar pace while offering very little variety. As for the spin attack, Bangladesh’s fondness for left-arm spinners is well known.

Bangladesh and left-arm spinners are like pace bowlers and West Indies and Pakistan. Mohammad Rafique, Abdur Razzaq, Enamul Haq (both Sr and Jr), Shakib, Arafat Sunny, Suhrawadi Shuvo; the list can go on. It used to be said that if one shakes a tree in Barbados a fast bowler would fall down. The same could be said of Bangladesh. READ: Bangladesh outclass India by record margin of 79 runs

Mustafizur is a left-hander as well, but thankfully he is a bit quicker than the names mentioned above. He relies on cutters though, and as he showed against India his changes in pace were tough to negotiate.

The way Mustafizur bowled against Pakistan in the T20I series prior to the first ODI against India gave a good indication of what to expect from the young man. His first seven international wickets have been Shahid Afridi, Mohammad Hafeez, Rohit Sharma, Ajinkya Rahane, Suresh Raina, Ravichandran Ashwin, and Ravindra Jadeja; not a bad haul at all!

Shockingly, Bangladesh fielded as many as four pace bowlers at home against India. This was a massive departure from what one usually expects of Bangladesh, especially given that they filled their side with spinners in the Tests against Pakistan and India. And this was possible in no small part due to the emergence of some quality pacers like Taskin and Mustafizur.

Bangladesh are entering a critical phase in ODIs. They are no longer minnows; certainly not at home. The reason they have done so well recently is that their top quality players like Tamim Iqbal, Mushfiqur Rahim, and Shakib are now being backed up by some exciting young talent. If the likes of Sarkar, Sabbir, Taskin, and Mustafizur can keep performing in this fashion, Bangladesh could soon become a tough side to beat the world over. 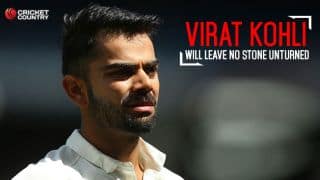