Nasir Jamshed made his ODI debut against Zimbabwe in the year 2008.

Pakistan’s ODI and T20 teams, for a long time now have had issues with their opening pair. Ever since Aamir Sohail and Saeed Anwar retired they have not been able to find a perfect replacement duo. But, it has to be said that 24-year-old Nasir Jamshed has looked promising enough to fill at least one slot up the order. After some impressive ODI performances against India in the year 2013, he looked like a promising player and also became a hit among Pakistani fans. Although, after a poor World Cup in 2015, Jamshed was dropped from the squad and now faces an uphill task of making a comeback into the team. In an interview with PakPassion.net, he speaks about his current stint in club cricket, return to the national squad, coach Mickey Arthur and a lot more. ALSO READ: Nasir Jamshed wishes to stage Pakistan comeback

PakPassion.net (PP) : You are currently in England representing Old Elizabethans CC in the Birmingham League and scored 124 not out in your first game. How was that for you and what are you looking to accomplish in your time in England?

Nasir Jamshed (NJ) : It was great, I really enjoyed it. Here in English conditions the ball obviously swings around a lot so you have to be able to survive before scoring runs. It’s a great help for me from a technical perspective because I have to concentrate on the basics more. On flat tracks you can play your shots without transferring your weight but here your technique is crucial, as is your temperament. I batted for 45 overs in that game and the ball was moving around for the first 10-15 overs so I had to survive and wait before I could start scoring runs freely. The later you play the ball in these conditions the better your chances are. The bowlers I was facing were quite slow but had good line and length so it was a challenge to survive the initial period. Overall it’s a great experience to be here because English conditions are known to be difficult for batsmen due to the seam and swing. So you have to improve the technical aspects of your batting which is the main purpose of my stint in England.

PP : Do you feel you have a future with the Pakistan team?

NJ : At the moment I’m in England to improve technically and to score runs. If you score runs anywhere, people hear about it in Pakistan and the media obviously helps to spread the word. At the moment I accept that I am out of the Pakistan team due to my performance and of course it’s my ambition to make a comeback, whether that’s in the next series or the series after that. The most important thing for me is that if and when I make a comeback, I don’t make the same mistakes when batting again. So I want to be an improved player whenever I return to the team and make fewer mistakes so I can survive in international cricket. I am looking to score heavily while in England and then do the same in domestic cricket in Pakistan so I can return to the national side as soon as possible.

PP : Your last appearance in Pakistan colours was at the 2015 World Cup in Australia where you struggled. What went wrong at the World Cup?

NJ : The extra bounce in Australia makes it difficult for players from the subcontinent who predominantly play off the front foot on the lower slower pitches back home. I wasn’t fully prepared for the extra pace and bounce in Australia as a result of which I didn’t perform well and was out to the short ball a couple of times. Obviously wherever you play cricket, performance is the key and if you perform you’ll stay in the team, otherwise you won’t.

PP: Last time you spoke with PakPassion you said you had lost weight but your form suffered as a consequence. Where are you with this now?

NJ : My fitness has improved and I am maintaining my weight at the level it was when I played against India. I believe that improved fitness results in improved batting and obviously it also makes your fielding better. Being fit allows a batsman to survive for a longer period in the middle so I’m focusing a lot on both my fitness and the technical areas of my batting. I include fielding in that because if I can run quicker then obviously my fielding will also improve. On that basis I’m concentrating mainly on cardio work when I’m in the gym. Even when I bat I have fitness on my mind in that I want to bat for at least 30-40 overs in a 50 over game as it improves my fitness as well as my batting. So fitness is crucial and as a result I am making an effort to maintain my weight.

Clearly there is more of a focus on fitness now from the PCB as well. I have been to fitness camps before, but from what I have seen from the recent boot camp with the army, the exercises the players are doing are different. I know our NCA trainer was also there at the camp so when I go back I will work with him and try to learn some new techniques to improve my fitness. At the moment I spend at least four days a week in the gym doing cardio and resistance work to maintain my fitness levels.

PP: Most Pakistani fans remember your performances against India, particularly the centuries in 2012-13 when Pakistan won the ODI series in India. How did it feel to perform so well against the arch-rivals?

NJ: As a Pakistani, playing against India is a dream come true, so performing against them is the icing on the cake. So it was an incredible feeling to perform against a strong Indian side in their own home against players who had IPL experience and were in form. Zaheer Abbas scored three ODI centuries against India and so have I so I’m very thankful about that. If I ever get the opportunity to play against India again I will play with the same passion, the same motivation and the same aggression.

PP: You were part of the Dhaka Dynamites side which was coached by Mickey Arthur. What are your thoughts on his appointment as Pakistan Head Coach?

NJ: Yes, I was with Mickey Arthur in the Bangladesh Premier League at Dhaka Dynamites and he’s a very polite guy and an excellent coach. He understands players very well and speaks to them on their level, I was very impressed with him. I spoke to Mickey a lot and had several practice sessions with him so his appointment is really a good sign for Pakistan cricket and I think the players will learn a lot from him.

PP: How important is it that the new Chief Selector understands and is familiar with the modern game?

NJ: Inzamam-ul-Haq is a great choice as Chief Selector because he retired from international cricket relatively recently. He will have a good understanding of the modern game and will select a team accordingly. I also think he should spend a bit of time with the players imparting his batting knowledge to them. He did a couple of batting sessions when I was part of the team and we learned a lot from him, so I think the PCB should consider doing that again. 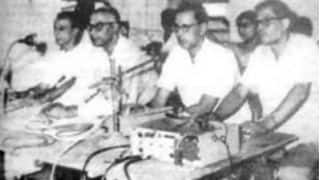