They will also learn to cope with the fact that MS Dhoni will no longer play in whites.

It is that time of the year again. India has finished its countdown (why do they do that, and why do they start from ten?); 2014 has given way to 2015; keeping a morbid year out of mind, Indian fans will look forward to the World Cup and Tests at home. They will also learn to cope with the fact that MS Dhoni will no longer play in whites.

Here, then, is a list of resolutions Indian fans should take as they change calendars on their walls:

1. I shall not throw stones at players’ homes if they fail. While cricket has helped me live through difficult times, I will not forget that it is a game. I will instead channelize my wrath towards terrorists, rapists, and people who commit other heinous crimes. They are earning their bread out there. I would not do the same if a programmer leaves a bug in a code: why target cricketers, then?

2. I will follow more domestic cricket. I would realise the importance of Indian domestic cricket and how they contribute to the highest level. I will visit stadiums during key domestic matches. It is not that I do not have time. Not only will I get to see exciting matches and players, but my response may also lure the big guns to play domestic cricket.

3. While overseas performances are more important, I will not disregard what players do at home. Winning at home is cooler than losing at home. Remember, India whitewashed Australia at home; South Africa lost to them at home. Home matches do count.

4. While I will continue to crack jokes and make funny tweets, I will keep them within limits. Even if I verbally abuse them (which I should not), I will make sure I stay within limits. Wit is good. Crude humour is not. Direct, personal attacks — especially if aimed at families — are disgusting.

5. I will respect the history of the sport. I must learn that there was cricket before 2000. I need not be a walking encyclopaedia, but I should learn the bare minimums: for example, I will know what Bodyline was, who Kerry Packer was, which country Garry Sobers played for, what WG Grace looked like, and what Don Bradman’s batting average was.

6. I will respect umpires. They do not get the advantage of television replays. They refer to technology whenever they can. If my heroes can respect their decisions, I should do the same as well. They are as likely to make errors as I am. They do not want to make errors. They will lose their jobs if they do. I will understand that.

7. I will learn to spell cricketers’ names correctly. For example, I will type SEHWAG and LLOYD, not SHEWAG and LLYOD, however excited I am. It is VIV RICHARDS, not VIV RICHARD. There is an S at the end. IMRAN was KHAN, not KAHN. If I cannot do the same, I have no right to react if someone spells my name wrongly.

8. I will learn to respect numbers. While making my decision I will not blindly take others’ words or place my judgement on personal bias. If someone says Dennis Lillee was a greater bowler than Curtly Ambrose: he may or may not be, but I will cross-check for facts and come up with proper conclusions of my own.

9. If India fails in a Test or two, I will not criticise Virat Kohli for not being a leader as good as MS Dhoni. I must remember I had wanted Dhoni out of the Test team. I will not change my mind once Kohli fails. I will back Kohli. I will back my team.

10. I will respect cricketers’ privacy. They have personal lives of their own. If I do not like people messing into my personal life, I will not indulge in trying to find out what a cricketer and his partner are up to. I will not make snide remarks if a cricketer fails and his girlfriend is present at the ground. I will look up the dictionary for a word called “coincidence” when it comes to such a situation. 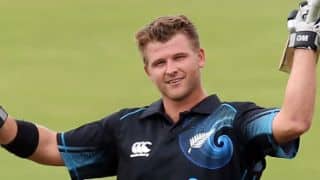 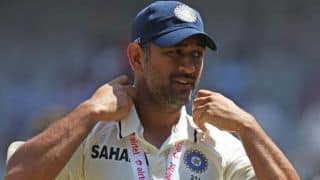