Both teams had good performances from their players in the three-match Test series.

It was a remarkable three-match Test series between Pakistan and Sri Lanka as both were battling their own problems. Pakistan who hadn’t found any reliable batsmen beyond Misbah-ul-Haq and Younis Khan searched for that elusive team performance to win a Test match. On the other hand Sri Lanka, struggling with their void in leadership in the transition phase finally found their rewards by retaining faith on Angelo Mathews. Just when the series looked set in favour of Sri Lanka, Pakistan scripted a dramatic victory to make things even. The series had some positives for both the teams.

Below are some of the players who performed well and showed a lot of promise for their respective teams:

Mathews’s potential is as much as what England saw in Andrew Flintoff, but the performances remained elusive as Sri Lanka kept going through the transition phase. Mathews was the only player who stood as the umbilical cord between the youngsters and the seniors. For long they counted on him to deliver and he has finally shown his true colours with an impressive show with the bat and matured captaincy. Though the ending of the series would appear as a bitter note for him and his team, there is a lot to look for in the future. Mathews struck two half-centuries and a match-saving ton to keep Sri Lanka on the front foot in the series.

Pakistan’s batting was a topic often frowned upon. Just like the Sri Lankan batting, the new set of batsmen who have been in the team for a long time now finally showed that they can take Pakistan ahead in Test matches. And the most impressive aspect was the opening partnership. Ahmed Shehzad showed his maturity in playing patiently along with Khurram Manzoor. Though the duo didn’t light up the series with their partnerships, individually both played impressive knocks for the team at the top.

Playing 31 Test matches on the trot is too long a period to settle oneself in the team. Yet Azhar Ali hadn’t performed up to the mark barring a ton in England in 2012. The right-hand batsman had replaced another inconsistent No 3 batsman in the team — Mohammad Hafeez. It was a competition between who was the better No 3 (or say less inconsistent). He is known to occupy the crease for hours, but in the final innings of the series, Azhar defied his natural instinct and played his strokes and rotated his strike to keep the scoreboard moving.

Pakistan, despite being under sharp criticism, always had that charm in their pace bowling. But for Sri Lanka, even that was an area to cover-up. But the performance of Suranga Lakmal, Shaminda Eranga and Nuwan Pradeep would have reassured the team management that there is a good prospect of progressing ahead in the longest format with a good set of fast bowlers. Rangana Herath on the other hand cements the belief of being the best spinner the Sri Lankans have seen since Muttiah Muralitharan.

Saeed Ajmal had fallen short of his own expectations. Going wicket-less for 70-odd overs had created a web around him about talks of poor form. But the off-spinner showed his class in the final Test by opening up the Sri Lankan batting with the crucial wicket of Mahela Jayawardene and then removing Prasanna Jayawardene on the fifth morning. It would be unfair to rule out the contribution of the second spinner Abdur Rehman in giving boost to Ajmal from the other end. Rehman picked up four wickets and the spin twins floored the Lankan batting. With three wickets in the second innings of the third Test, Ajmal has indicated that he is still not done.

Just like the Pakistan top-order showed promise. Kaushal Silva has solved the opening conundrum for the Sri Lankans by being the second-highest run-scorer for them in the series with 307 runs. He didn’t score a ton in the series but the three fifties at the top contributed a lot in setting up the platform. With the 139-run stand in the second Test with Mahela Jayawardene, Silva showed he has the ability to absorb pressure and has the right temperament for the longest format. Silva has filled the void left by the retirement of Tillakaratne Dilshan. 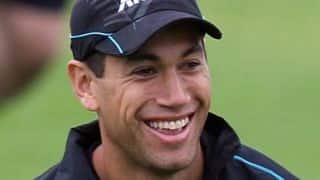