The euphoria in the air was palpable. The Pakistan cricket team had just wrapped up a historic 3-0 series whitewash over the much-fancied and star-studded English side, buoyant after their Ashes triumph, and were looking to affirm their status as the number one Test team in the world with a successful tour of Asia. 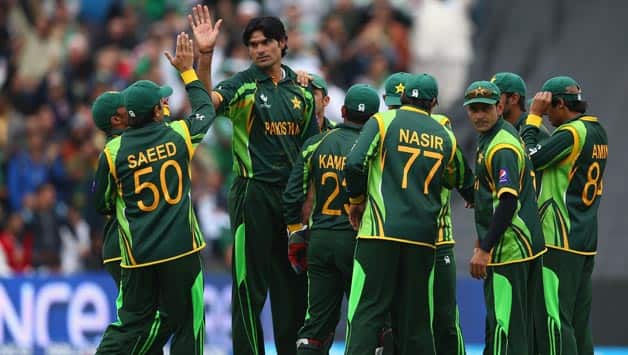 The euphoria in the air was palpable. The Pakistan cricket team had just wrapped up a historic 3-0 series whitewash over the much-fancied and star-studded English side, buoyant after their Ashes triumph, and were looking to affirm their status as the number one Test team in the world with a successful tour of Asia.

The ghosts of ‘that’ painful English tour two years prior were finally exorcised; the upcoming One-Day International and T20 series seemed a mere formality. The Pakistan team had always been more comfortable in the limited-over formats, and the English team was there for the taking.

What followed, took everyone — except perhaps for the English — by total surprise, as England unleashed a thrashing on Misbah-ul-Haq’s bewildered Men in Green. The bowling looked toothless at the mercy of Messrs Alastair Cook and Kevin Pietersen, and tearaway quick Steve Finn left the batting in tatters. It was simply unable to cope with his pace and bounce. The warning signs were there, but were left unheeded.

Victory in the Asia Cup provided temporary relief, yet Pakistan was pushed to the brink by lowly Bangladesh, with only their greater experience in pressure situations finally getting them across the finish line. Newly-appointed and highly-respected head coach Dav Whatmore’s tenure had got the team off to the perfect start.
The happiness and optimism was all too brief and short-lived. Series losses to Sri Lanka and Australia followed, and questions were finally being asked. Skipper Misbah-ul-Haq, Younis Khan and even Shahid Afridi’s positions came under heavy scrutiny. With good reason.

Younis — a reluctant performer in the ODIs at best — averaged a pitiful 18.9 since the ODI drubbing at the hands of the English. Afridi’s numbers also tell a desperate tale, averaged just 19.25 with the willow and a pathetic 82.10 with the ball, with just 10 wickets in 20 matches in the same period. Misbah, too, paid a dear price, having had to relinquish the T20 captaincy to all-rounder Mohammad Hafeez, and saying goodbye to his spot for the 2012 ICC T20 World Cup.

Another series loss — this time away to South Africa — finally seemed to have broken the proverbial camel’s back, as both Younus and Afridi were unceremoniously dumped from the ODI team. With Pakistan embarking on a tour of the British Isles with their eyes firmly set on winning the ICC Champions Trophy, a feeling of cautious optimism prevailed.

But yet again it was a false dawn, as Pakistan’s hapless batting line-up once again collapsed in a heap in one game after the other, leaving the fanatical supporters dejected and angry with their team’s insipid showing. The focus this time is on the perpetual misfits that are Imran Farhat, Shoaib Malik and bumbling wicketkeeper Kamran Akmal.

It is an ideal opportunity for the powers-that-be to start afresh, to rebuild the side with some new faces, eager to do well and prove their mettle at the highest level. A time to reward those who have proved themselves through the daily grind of domestic cricket, and recognise them for their efforts with a ticket to the big show.
But already there are whispers that Younis and Afridi are to be recalled for the impending tour of the Caribbean. The revolving door of the same old withered faces continues to spin without hindrance or disturbance. Once again the fans will be left enraged and frustrated rather than optimistic when the squad lists are revealed.

Younis has never been comfortable with coloured clothing in the first place, yet Afridi’s recall will be the biggest bone of contention.

A glorified minnow basher — the likes of Zimbabwe, Kenya and Bangladesh will surely be quaking in their boots when they hear his name — at best, Afridi has been surplus to requirements ever since Saeed Ajmal became the No 1 spinner in the team. Add to that the deceptive off-break of opener Hafeez, not to mention Afridi’s continued imbecility with the bat, and his position becomes completely untenable. If Pakistan is to move forward, then Afridi needs to be kept sidelined, as a stark reminder to the others that no matter how big a ‘star’ you are or may have once been, you are not above the team.

Afridi should stick to the profitable domestic T20 circuit and making television ads for soft drinks and shampoos. International cricket has more than had its fill of Afridi’s (occasional) magic.

A clean break from the post-2003 World Cup generation of Pakistani cricketers is the need of the hour. With the 2015 World Cup also on the horizon, a roadmap needs to be put in place.

Misbah-ul-Haq’s batting — with its rediscovered attacking approach — has got Pakistan a new lease of life, and he looks sharper than ever in the field. He commands the respect of his charges by sheer performance, and has the tactical nous as well as personal stature to keep the team united and competing as one. He must be surrounded by those who are not jaded by the grind of international cricket, or those more concerned with building their personal legacies rather than fulfill the team’s needs.

The ‘like for like replacement’ mindset that has been prevailing in selection is unsuccessful and futile, a new combination of specialist batsmen, wicketkeeper and bowlers need to be created. Bits and pieces of broken glass such as Afridi, Abdul Razzaq and Malik will always remain as such, and will always let the team down when it truly matters.

For the coaches, team management and selectors, the time to make strong, firm and bold decisions is now.

(Ahmed Zulfiqar Khawaja can be followed on Twitter at @azkhawaja. The above article has been republished with permission from  http://tribune.com.pk/) 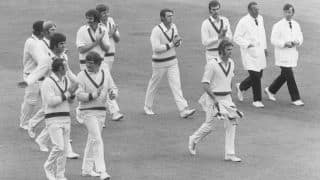