Pakistan vs Australia 2014: Pakistan rely on pace in absence of key players

Pakistan vs Australia 2014: Pakistan rely on pace in absence of key players

This ODI series against Australia will see a revamped Pakistan squad.

Pakistan will play Australia in the three-match One-Day International (ODI) series in United Arab Emirates (UAE). The absence of key players will hamper Pakistan’s chances in the series but it will also be a chance for young players to come up with good performances. Varun Arora looks at the team composition and the team strength before the ODI series.

Pakistan has been in the news for quite a few weeks now. First, Saeed Ajmal‘s action was deemed suspect and was suspended from bowling. This was followed by the removal of Younis Khan from the ODI squad. And the latest has been Mohammad Hafeez’s exit from the Australia tour after an injury — this after he was called for a suspect action during the Champions League T20 (CLT20) 2014.

All of this has gone down before the big series against Australia in the UAE.  This will be the second ODI outing for Pakistan in a period of 45 days. They played Sri Lanka on their home turf in August, and lost the ODI series to the hosts 2-1 after winning the first match at Hambantota.

This ODI series against Australia will see a revamped Pakistan squad which has been selected keeping in mind the fast approaching ICC World Cup 2015. Pakistan plays New Zealand, also in UAE, in November before the big ICC event in February. This tour holds a lot of importance strategically, and would serve as a report card ahead of the World Cup.

Batting Woes: Mohammad Hafeez, who had gathered 84 runs in three ODIs in Sri Lanka, has been sidelined due to a hand injury.  He had cemented a strong hold in the top order with Ahmed Shehzad as Sharjeel Khan was fickle with runs in the Sri Lanka tour. Hafeez’s absence will not only dull the batting at the start, but will also take away that precious off-spin over which he bowled at crucial junctures of the game.

Sami Aslam, who has been drafted as his replacement, is a fresh face who is yet to make his debut for Pakistan. He played the ICC U-19 World Cup 2014, and gave a good account of himself. The left-handed batsman impressed in UAE, where he smacked 95 runs against Sri Lanka U-19. The inclusion of the 18-year old reveals a few deep plans ahead of the World Cup.

Asad Shafiq who played his last ODI against South Africa last year, will also make a comeback in the ODI setup, and will bring in solidity to the fragile middle-order. Shafiq toured Sri Lanka last month with the Test team and got few good starts.

The young Umar Amin has also been drafted into the side after a few good knocks in the domestic competition. Amin and Shafiq are two hugely talented middle-order batsmen, but have not been regulars in the ODI squad. This series will be a litmus test for their future selections in the team.

Meanwhile Fawad Alam, who had a good outing in Sri Lanka, will hold a key in the overall batting department. He got 130 runs in three ODIs in Sri Lanka and also showed decent form in the domestic matches last month.  The positive sign for Pakistan will be the form of Sohaib Maqsood and Umar Akmal. He was instrumental in the first ODI win against Sri Lanka when he raced to an unbeaten 89 runs off just 73 deliveries and gave Pakistan an all-important win in the crunch game. Whereas, Akmal was phenomenal with the bat in the Champions League T20 (CLT20) 2014. Both of them are important for Pakistan’s chances against Australia.

Bowling attack: Pakistan will badly miss the spin of Saeed Ajmal.  Left-arm spinner, Raza Hasan has been included to complete the spin attack with Shahid Afridi.  Hasan had played for Pakistan in the T20I but is yet to make his debut in the ODIs. He comes with a lot of variations but doesn’t spin the ball much.  There has been a lot of buzz about his capabilities with the ball but it would be interesting to see if he is successful in spinning results in Pakistan’s favour. Fawad Alam can be used to fill few quick overs with his left-arm spin.

The fast-bowling setup looks quite decent with Junaid Khan, Mohammad Irfan and Wahab Riaz in the setup. Newcomer Anwar Ali has also been recalled to the fast-bowling unit. He has played 5 ODIs for Pakistan, the last being at Bangladesh during the Asia Cup. With the spin attack taking a big bump, the fast-bowling will have to take charge of the overall bowling prowess of the team.

Overall balance:  The team has all the talent and skills with the bat but experience is missing. While the bowling attack is dominated by pace, spin holds the key for Pakistan.  If the batsmen are successful in getting big scores with the bat, the job of the bowlers will become easy. 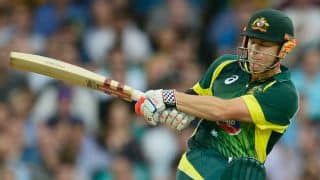 Pakistan vs Australia 2014, only T20I at Dubai: Highlights 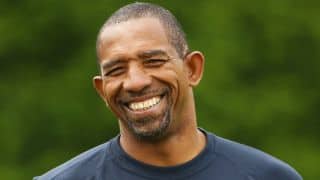