With a dead rubber at Cardiff now to find a consolation win, Azhar Ali's men will face England for the final time in the 50-overs format.

Coming from a high-spirited Test series performance, into the limited-overs format, Pakistan‘s ever-so-surprising scent of freshness has been subsided by their dead and gone brand of 50-over cricket. From Southampton, where they turned up in instalments, followed by Lord’s where Sarfraz Ahmed’s hundred could not guarantee a win, and Trent Bridge, where England delivered the knock-out blow with a mammoth total to chase, to Leeds where the upturn of events, seemed to go in their favour, then the predictable happened — the Mickey Arthur-coached Pakistan, now know why they are No.9 in the ODI rankings. While, things cannot be expected to change in a few days, the process needs to start soon. With a dead rubber at Cardiff now to find a consolation win, Azhar Ali’s men will face England for the final time in the 50-overs format. And here’s what their likely eleven could look like. FULL CRICKET SCORECARD: Pakistan vs England, 5th ODI at Cardiff

Top Order: Unlike England’s top-order pair of Alex Hales and Jason Roy, that has displayed tremendous ability to take their team off to flyers, Pakistan’s top-order hasn’t been able to seize the advantage early on. While Azhar felt that he should have made most of his flow at Leeds, where he got out for 80, the Pakistan batting order, heavily depended on services of Sharjeel Khan up the order, couldn’t find those runs from him. In fact, that has been the case for most of the series. Sharjeel either hasn’t realised the massive responsibility that he has on his shoulders or hasn’t simply been able to live upto it, against a world-class England bowling unit. Sami Aslam too, hasn’t been able to really send out a message that he is there for the taking. Nonetheless, Pakistan might stick to the same top-order. READ: Mickey Arthur warns Pakistan ODI side following 4th ODI defeat to England

Middle Order: Pakistan’s middle-order has been promising on occasions but has also failed to apply themselves in the middle, during most of the series. At Leeds, they lost wickets at regular intervals, that hampered their chances of putting up a big total on board, just when they should have looked to capitalise and put on partnerships. None of the batsmen including Babar Azam, Mohammad Rizwan, Mohammad Nawaz and Sarfraz could cross the 20-run mark. From 110 for 2, Pakistan succumbed to 169 for 6. At Cardiff, their middle-order should try and play a fearless brand of cricket, even one knock could change the game for them. The young players is where the crux of the middle-order lies, and if they can somehow turn up to perform, at least a series whitewash could be avoided.

Lower-Order and Bowling: While Imad Wasim hasn’t been as good as effective as expected with his spin-bowling, he has certainly been contributing with runs lower down the order. In fact, he has chipped in when the chips were down, in pressure situations. He therefore is a sure starter. Pakistan might stick with Umar Gul and Hasan Ali, but they need to earn Arthur’s vote of confidence especially with changes expected after the series ends. A match-winning spell could do add to their chances of retaining a place in future series’. Mohammad Irfan’s fitness issues might have been ‘frustrating’ for Arthur, as he could bowl only 5 overs in the last ODI, and what would add to that is that he might not be available for the next ODI as well. Mohammad Aamer therefore will feature in the playing eleven.

If not a series win, at least Pakistan would want to finish on a positive note. A win at Cardiff might not only save them from a 5-0 whitewash embarrassment, it would help Arthur in finding those soldiers, who will represent Pakistan in the future battles, men who are game for the challenge. 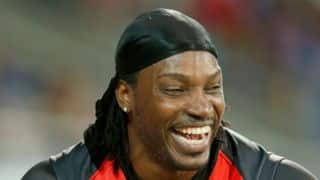