The difference between Sharjeel Khan's individual score and Ireland's team score was 70 runs. This is quite enough to explain how vulnerable Ireland were in the first ODI. With one match still remaining, Ireland have fair enough chance to make the series 1-1.

Ireland host Pakistan in the second and final game of the two-match One Day International (ODI) series at Malahide, Dublin on August,20 on Saturday. Ireland’s two-match series against Pakistan got off to the worst possible start with the hosts losing the first ODI by a massive 255 runs — the second largest defeat by runs in their history. It was a disappointing performance by the Irish both with the bat and the ball; firstly leaking 337 runs and then getting all out for 82 runs. Pace-bowler Barry McCarthy was the only Ireland player to come out of the game with his reputation intact, taking four wickets for 62 runs in his ten overs. Live Score Ireland  Vs  Pakistan , 2nd ODI match, Pakistan in Ireland, 2016

Ireland team management will have lot of things to worry about as they haven’t been at par in their batting and bowling.  Their main concern would be of their batting, as batsmen like Ed Joyce and Kevin O’Brien have looked completely out of form, not only in this ongoing series against Pakistan but throughout the season. ALSO READ: Pakistan vs Ireland 1st ODI: Stats highlights

With two main batsmen not being in best of their form,responsibility falls on Paul Stirling and skipper William Porterfield to step up and take the task on their shoulders. Bowling department will also need some tactical changes as they leaked runs and looked very weak in front of Sharjeel Khan, who scored a blistering knock of 152 of 86 balls. Ireland bowlers looked helpless throughout the first innings.

Having said this, it should also be noted that Ireland lack experience of playing against team of caliber of Pakistan. Ireland have played matches against the likes of Afghanistan,Netherlands and Papua New Guinea. Having played most of your season with teams like these, and then playing a series of ODI’s against Sri Lanka and now Pakistan can be challenging for them. Ireland have shown their cricketing credentials in the past when they knocked Pakistan out of 2007 World Cup winning the match by 3 wickets.

In the first ODI, Gary Wilson remained top scorer for Ireland with 21 runs, with only 4 of their batsmen scored runs in double figures. The home team would target a better show in their second match. Joyce, who gave a glimpse of his fluid run-scoring ability with two hundreds in the ODI series against Afghanistan, is the mainstay of the hosts’ batting unit. The veteran batsman will be trying to make amends for his failure in the first match.

Not only the batsmen, their bowlers to need to make amends as they need to make a tactical plan to stop Pakistani batsmen scoring runs as easily as they did in the first ODI. 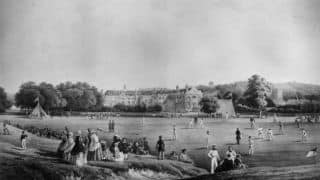 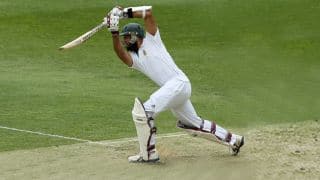