Royal Challengers Bangalore (RCB) have been one of the most dominant sides in the history of the Indian Premier League since its inception in 2008. But the star studded side is yet to lift the trophy as several issues have haunted their success with the primary one being their ineffective bowling. To add to their woes the mistimed injury to their strike bowler Mitchell Starc has further exposed their tender nerves and their bowlers have a mountain to climb in his absence. Coming into this edition too, RCB have failed to draft few effective bowlers who could lead the attack especially a domestic lad. Suraj Choudhari feels that this could be a worrying factor for the RCB as their bowling is not equally equipped as their batting. FULL CRICKET SCORECARD: Royal Challengers Bangalore vs Delhi Daredevils, IPL 2016, Match 11 at Bangalore

In a format like T20, a team just can’t afford to put a foot wrong as an over can change the game upside down for both the teams. RCB lost their second game of the tournament to Delhi Daredevils (DD) at home after posting a massive total of 191 on board and one of the foremost explanations behind this was their futile bowling. RCB indubitably have the best batting line up in the tournament. The likes of Chris Gayle, Virat Kohli, AB de Villiers and Shane Watson inspire confidence and are proven match winners. But a team just can’t afford to bank on their batting power to bail them out on every occasion.

RCB have always had the cream of overseas players in the side but one should remember the team with a fantastic domestic strength have managed to taste success in the IPL. As per the regulations, a team can have as many as four overseas players in the side so the aspect of having a good domestic strength becomes more crucial. They have been repeating the mistake of not having a good crop of domestic bowlers on a consistent basis and it’s high time the issue is addressed. READ: Quinton de Kock’s ton takes DD to a 7-wicket win against RCB

RCB have the likes of Harshal Patel, Yuzvendra Chahal, Adam Milne, Srinath Aravind, Parvez Rasool, Watson, David Wiese, Stuart Binny, Samuel Badree and Varun Aaron in the line up. But what they lack is an experienced frontline bowler, particularly a pacer. Though Watson has done a tremendous job with the ball but again he not a strike or go to bowler. Others are decent but not as effective as Starc would have been. Badree who was instrumental behind West Indies’ successful campaign in the World T20 2016 is injured and will miss few matches. Milne looks promising but yet again the conundrum of playing just four overseas player will play a massive role in the selection.

Taking about the domestic talent, bowlers like Aravind, Patel, Nechim and Aaron are erratic and tend to bowl a couple of loose deliveries every over. Chahal has been decent but looks bereft of oomph when there is no assistance in the pitch. Rasool on the other hand has been impressive in his sporadic appearances and will resolve RCB’s bowing disparity to a certain extent. But in a format of uncertainties like T20, it is mandatory that all the five bowlers are well equipped and there aren’t any loopholes for the opposition to pounce upon.

In the high-scoring game against DD at Bangalore, one would have crystal glazed and saw RCB romping home to another victory after posting such a massive total on the board. But their inability to chip wickets at regular intervals and failure to stop the flow of runs cost them the game. Quinton de Kock single-handedly won the game for his side and he did the job quite convincingly. On the contrary, RCB doesn’t even have bowlers who can embrace runs in the death. Just like how Ashish Nehra, Jasprit Bumrah, Chris Morris, Dwayne Bravo, James Faulkner do for their respective sides. And if a match ever goes in to the super over then that one bowler who can do the job will be tough ask.

The bowlers which RCB possess at the moment have immense potential, all they need to do is pull up and click before it’s too late. They need to give their best shot as their batting artillery have enough ammunition to take down any team in the tournament all they need is substantial support from their bowlers which will probably hold the key in the remainder of the tournament. If RCB manages to cover this Achilles’ heel, there is no such reason why they can’t win their maiden IPL title this season. 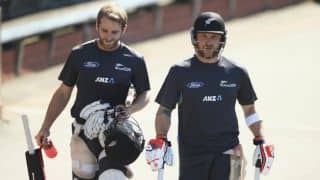