Peter Pollock, born on June 30, 1941, was one of the best fast bowlers to have played for South Africa.

Peter Maclean Pollock, born on June 30, 1941, was one of the best fast bowlers to have played for South Africa. Pollock featured in 28 Tests for South Africa in the 1960s, forming a crucial part of their setup before international isolation. Nishad Pai Vaidya picks 11 facts to know about Pollock.

1. Sporting family: Pollock grew up in a sporting family in South Africa. His father Andrew played seven First-Class matches. His uncles Ravenor and Christopher Nicholson also played First-Class cricket. And of course, his younger brother Graeme Pollock also took to cricket, going on to become one of the greatest batsmen the world has seen. Peter s son Shaun went on to become one of South Africa s all-time greats with 829 international wickets across formats.

2. Bowling to Graeme in the backyard: The Pollock brothers had an intense rivalry in their backyard, although they never faced each other in representative cricket. In a chat with ESPNcricinfo, Pollock said, To get him [Graeme Pollock] to play, I used to have to let him bat first. Then he used to get in, I would get him out, and he would say it wasn’t out, and I would say it was out. Then we would get my mother to come in. “Oh shame, he is small, give him another chance.” That would happen a few more times. The next time I got him out and he wouldn’t go, I would give him a club or something. So that also finished the game. I often joke about that, saying that’s how I became the bowler and he the batsman.

4. Touring with emerging cricketers: Pollock toured England in 1961 with a team called the South Africa Fezelas. That team comprised some upcoming talents in South African cricket such as Eddie Barlow and Dennis Lindsay. Soon after, Pollock was in South Africa s Test team.

5. Bowling South Africa to victory on Test debut: Pollock made his Test debut against New Zealand at Durban in 1961. He took three wickets in the first innings to announce his arrival to Test cricket. However, he made a mark in the second essay as his great spell of six for 38 helped South Africa successfully defend a modest 197.

6. Australian rivalry: Pollock played 14 out of his 28 Tests against Australia, during which he took 52 wickets at an average of 27.65. In his first ever appearance in Australia, he delivered a spell of six for 95 at Brisbane. He followed that up with another fifer in the third Test at Sydney. He also played his part in South Africa s last Test series before isolation in 1970, when they trounced Bill Lawry s Australians 4-0. Pollock took 15 wickets in that series, which included a spell of five for 39 at Johannesburg.

8. Decent batsman: Pollock was a decent batsman in his time, having scored two fifties in Test cricket. His first fifty came in 1962 against New Zealand and his best score of 75 not out came against Australia at Cape Town in 1966. A Test average of 21.67 reflects decent batting ability.

9. Jobs outside cricket: Off the field, Pollock was a journalist, walking in his father s footsteps. Post retirement, he reached the top echelons in the corporate world in South Africa.

10. Taking a leap of faith: In the 1980s, Pollock left his corporate job and took up work with the church, travelling around as a preacher. Speaking to the Independent, Pollock said, In 1987 I gave up to join the Christian ministry on a full-time basis, giving up my shiny Mercedes for a clapped-out old banger. Now I am an itinerant preacher, visiting crusades and missions. This is my job. Cricket is my hobby, although I’m glad to give back to cricket something of what it gave to me.

11. Convenor of selectors: In the 1990s, Pollock was in South Africa s selection panel and was crucial in forming a strong team. It was under him that players like Jacques Kallis, Herschelle Gibbs etc were introduced to international cricket. Speaking about Paul Adams, Gibbs and Makhaya Ntini, some of South Africa s earliest non-white cricketers, Pollock told ESPNcricinfo, They could put their jackets on with pride knowing that they were picked because I thought they were the best. 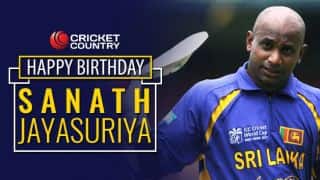