Phil Hughes and other cricketers who succumbed to on-field injuries

Phil Hughes and other cricketers who succumbed to on-field injuries

The morbid demise of Phillip Hughes left the world of cricket in a state of shock. Abhishek Mukherjee traces the history of cricket and unearths tragic events where cricketers had succumbed to injuries on the field.

Men do cry. As did Sean Abbott, David Warner, and many more. Those who did not, mourned. Those who had never heard of Phillip Hughes did the same as well. Even cricket-agnostics. It was more than the usual RIP on social media. The kid was, you see, 25 — and his career was on the process or revival.

Sports is supposed to meant for fun and entertainment. Unfortunately, it comes with its share of victims as well, as does almost every profession. Formula-1 had claimed Ayrton Senna; Tour de France, Fabio Casartelli; boxing, Benny Paret; and these are only a few.

Despite its fair share of injuries, international cricket has not encountered a tragedy of this order (barring the fact that Ewen Chatfield was clinically dead on debut against Peter Lever for a few minutes till he was brought back to life through artificial respiration). She has, however, claimed lives at other strata. Here is a list.

Contemporaries would find it difficult to believe it Lord’s used to have one of the most dangerous pitches in the late 19th century. In an 1870 encounter, Nottinghamshire needed 157 to beat MCC when Summers walked out. He was hit on the face by John Platts soon afterwards, and had to be carried away. Richard Daft, the captain arrived at the crease his head wrapped in a towel.

Everything seemed to be fine. Notts chased down the target. Summers returned home by train. He passed away four days later. While MCC took drastic measures to change the conditions of Lord’s, Platts gave up bowling fast for good.

The 18-year old Aziz walked out at No. 9 in the Quaid-e-Azam Trophy final of 1958-59. Before he could score, a ball from off-spinner Dildar Awan bounced awkwardly and hit Aziz above the chest. He had to retire hurt, and they left for the hospital with him. Unfortunately, he died on the way.

Some sources suggest that Aziz already had a heart condition. Some scorecards report him as “absent dead” for the second innings.

Folley played 140 First-Class matches as a left-arm mixed-bag bowler for Lancashire and Derbyshire. On this occasion he was leading Whitehaven against Workington in the North Lancashire League when a steep bouncer hit him below his eye. He seemed fine, and even jogged off the field after the match.

He suffered from a perforated eyeball soon afterwards. He was rushed to the hospital for a minor surgery, but passed away under anaesthesia.

Lamba played club cricket in Bangladesh following his international career. He became so popular that he called himself Don of Dhaka. He was fielding at short-leg without a helmet on that fateful day at Bangabandhu Stadium. He was even asked by his captain Khaled Mashud whether he wanted a helmet, but he declined.

Saifullah Khan was the bowler. Mehrab Hossain was the batsman. The ball was pulled with tremendous force. It hit Lamba square on the forehead so hard that it ricocheted past Mashud. Lamba fell down, but got up soon afterwards. It was when he reached the dressing-room and had a lie-down that he started feeling unwell.

He was suffering from convulsions, and by the time he reached the hospital he was already in coma. A blood clot had formed at the left side of his brain. They even flew in a neurosurgeon from Delhi, but nothing could be done. They removed the life support system with the consent of his family three days later.

An umpire, this time. Jenkins was 72, and was officiating in a match between Swansea and Llangennech in a Arthur Insurance South Wales Association Division One match. A throw from a Llangennech fielder hit him on the head. He was taken to the hospital in a helicopter, but never recovered.

Randall’s First-Class career for Border had just taken off when he took part in a Border Cricket Board Premier League encounter for Old Selbornians against Fore Hare University. He tried to pull a short-pitched delivery but mistimed it. He was struck on his head, and was rushed to Alice Hospital. Unfortunately, they could not breathe life into him despite their sincerest efforts.

Yet another club cricket incident. Playing for Super Star Cricket Club against Sind Cricket Club at Jinnah Municipal Stadium, Bhatti was hit on the chest by a snorter. Once again, he was rushed to the hospital. They put him on a ventilator, but soon declared him dead.

Rehmat, a club official, later mourned in an interview with Hindustan Times: “His [Bhatti’s] only passion was to play first-class cricket and then get into the national team. Cricket was his life.” 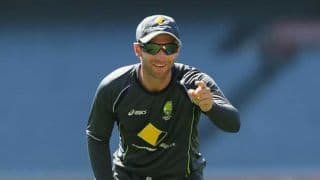 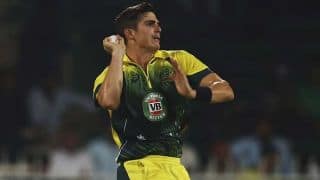