Hidden inside that tough exterior was the humblest and gentlest of men you could come across.

Phillip Hughes did not recover from the blow to the head off Sean Abbott’s bowling. He never regained consciousness, and passed away on November 27, 2014, just three days shy of what would have been his 26th birthday. Abhishek Mukherjee pays tribute to the 25-year old.

It was morning in India. People had not yet settled down at their workplaces, waiting for their shifts to get over. The cell-phones, registered for various news updates, trilled with the ominous, horrific text: Phillip Hughes is no more.

He was the ubiquitous fighter who never flinched from a challenge. Hidden inside that tough exterior was the humblest and gentlest of men you could come across. He was the youngest batsman to score two hundreds in the same Test. He was on his way to making a comeback to the side for the upcoming Border-Gavaskar Trophy. His career was just on the rise.

He was of the same age. Check Google Images with Phil Hughes cricket and you will find him grinning back at you. You have seen the same grin on the vibrant faces that crowd train stations or multiplexes or Azad Maidan or Universities. The jaws became tight when he took field, but there was an almost shy smile when he reached a landmark and the helmet came off.

He was 25. He is no more. Of Australian Test cricketers only Archie Jackson (the genius whom David Frith had once called “The Keats of Cricket”) had passed away at a younger age. Hughes was probably deprived of a distinguished career. But more importantly, he was deprived of life.

I suddenly feel older. But then, so does cricket. 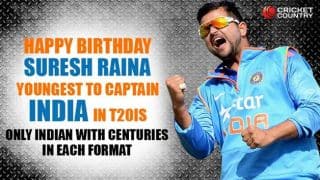