Born on October 9, 1979, Prasanna Jayawardene is probably one of the best wicketkeeping talents to emerge from Sri Lanka. Having been around since the early 2000s and watching Kumar Sangakkara usurp his position from the sidelines, one can probably say Prasanna was born in the wrong era. However, he belonged to the generation who believed in putting their head down and working hard on their skills, irrespective of results. Prakash Govindasreenivasan has more. 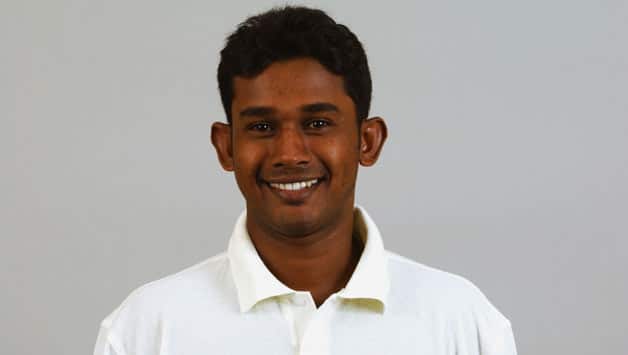 Born October 9, 1979, Prasanna Jayawardene is probably one of the best wicketkeeping talents to emerge from Sri Lanka. Having been around since the early 2000s and watching Kumar Sangakkara usurp his position from the sidelines, one can probably say Prasanna was born in the wrong era. However, he belonged to the generation who believed in putting their head down and working hard on their skills, irrespective of results. Prakash Govindasreenivasan has more.

Cricket, a lot like life, is unpredictable. One moment it gives you an opportunity to travel from a modest household and be a nation’s heartthrob and moments later it leaves a talented prospect on the sidelines for years together for no fault of his. Sri Lanka’s Prasanna Jayawardene is unfortunately the victim of the second kind.

Like for most aspiring cricketers, action for Prasanna began in his own backyard with cousins and siblings. What is fascinating is that he picked up the wicketkeeping gloves very early in his life. At an age when kids prefer and aspire to be the next big batting sensation or spin wizard, Prasanna chose to don the role of a stumper. 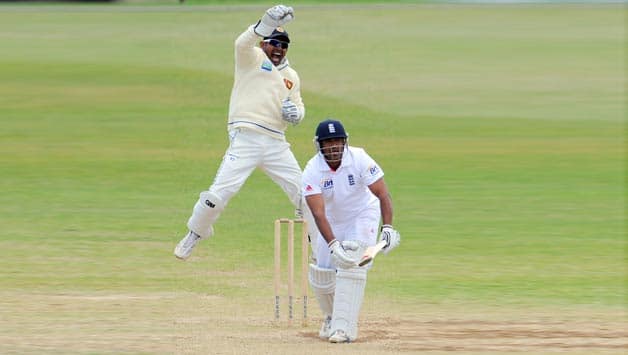 Prasanna Jayawardene (left) idolised Ian Healy, and was light on his feet and extremely alert behind the stumps like the Australian © Getty Images

Things began to move at an unexpected pace when, in 1998, Prasanna was picked as the skipper of Sri Lanka Under-19 side. He ended the tournament in South Africa as the best wicketkeeper and rightfully earned a call-up to the national side. Soon, in the same year, Prasanna was on the flight with the senior team to England. Travelling as Romesh Kaluwitharana’s understudy, Prasanna got a lot of valuable lessons on ‘keeping but it wasn’t the kind of start to his international career that he expected. He got a chance to play a couple of tour games where he batted at No. 8 and earned a pair in one of the matches against Glamorgan.

A long spell of frustration followed when he was constantly in and out of the national side. The senior debut came in 2000 at Kandy against Pakistan where Sanath Jayasuriya (188) and Marvan Atapattu (207 not out) batted out as much as they could in the rain-curtailed game that finished in a draw.  Despite not getting to bat or keep wickets in that game, Prasanna was dropped. This drastic and cruel move came in favour of Kumar Sangakkara, who debuted in the same year and usurped Prasanna’s place in the pecking order.

After such an unfair display of selection, one would have expected Prasanna to not be on very good terms with Sangakkara but the stumper was above all such petty feelings. He, in fact, credits Sangakkara for his return to the Nondescripts Cricket Club (NCC) and for donning the role of a regular wicketkeeper when Sangakkara was away on national duty.

Home series against England in 2007

This was a crucial series for Prasanna as it gave him an opportunity to express himself on either side of the stumps. While his ability with the ‘keeping gloves on was never in question, there were however question marks over his batting. He took this opportunity to answer those with a half-century in the first innings of the first Test at Kandy and a knock of 79 in the first innings of the second Test in his home town, Colombo.

During the course of these knocks, one forgot the fact that Prasanna was exceptional behind the stumps. Like his childhood hero Ian Healy, he was light on his feet and was extremely alert. His alertness and agility came to the fore in the first innings of the Kandy Test when Muttiah Muralitharan foxed Matthew Hoggard into attempting a sweep shot on a delivery that was going down the leg side. Hoggard failed to connect and his back foot dragged outside the crease. Prasanna was quick to collect the ball down the leg and dislodge the bails to demonstrate his prowess behind the stumps. Prasanna was a patient customer behind the stumps and always waited long enough to latch onto the ball at the last moment. That being said, his concentration was impeccable.

The home series against Asian rivals India in 2008 turned out to be a good one for Prasanna. With Muralitharan in sublime form and Ajantha Mendis playing his first series as the ‘mystery’ spinner, Prasanna was kept busy behind the stumps. He finished the 3-match series with 5 stumpings and 3 catches to his name. More importantly, Prasanna made a mark with the bat. He scored 107 runs in 4 innings to keep the selectors’ interests in him going. Prasanna has 4 Test centuries to his name. The first came in Colombo against Bangladesh in 2007 when he and Chaminda Vaas added an unbeaten stand of 223 runs to put on 577 runs on the board after the Sri Lankan bowlers had bundled out the visitors for just 89. Prasanna’s knock of 120 was a classy one, laced with 11 boundaries.

His next century came in the run-fest at Ahmedabad in 2009 where Prasanna proved that he was a lot more than a lower-order batsman. In reply to India’s 426, Sri Lanka amassed 760 with Prasanna scoring an unbeaten 154.

The next one that came at Cardiff in 2011 is probably what Prasanna would cherish a lot personally as it came on testing conditions. His team failed to avoid a defeat but his innings of 112 runs that helped Sri Lanka post 400 in the first innings was a testimony to the fact that Prasanna’s batting had come a long way from the time he made his debut.

Prasanna has played 52 Tests for Sri Lanka, scoring 1,900 runs at an average of 30.64. He also has 97 catches and 32 stumpings to his name. With the kind of talent and temperament at his disposal, Prasanna is an unfortunate tale of being born in the wrong era. In his initial days, he had to give up his spot to an up and coming Kumar Sangakkara who never looked back from the phenomenal start he had to his career. Prasanna was forced to watch from the wings and wait patiently for his opportunity, much like what Adam Gilchrist did during Ian Healy’s final days on the field and Brad Haddin did towards the end of Gilchrist’s career.

However, in Prasanna’s case, just when he was being allowed to keep wickets with Sangakkara playing as a specialist batsman, the selectors also began to shift focus to a younger lot to carry the team forward. Being on the wrong side of 30, Prasanna had to give up his place to the next-in-line keeper Dinesh Chandimal who has now become a regular feature in 2013.