During his Bradman Oration in 2011, Rahul Dravid had said that ODIs can be sustained if meaningless matches are cut-out and games are played around International Cricket Council (ICC) events and important tournaments leading up to the World Cup every four years. Nishad Pai Vaidya looks at Dravid’s viewpoints and sees whether there are any merits in a seven-match affair in view of the upcoming India-Australia ODI series. 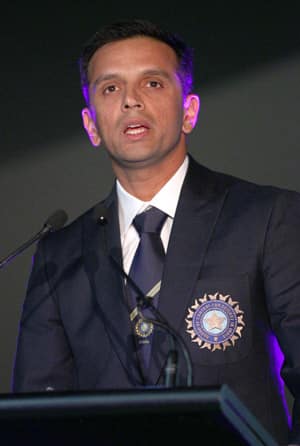 Rahul Dravid speaking at the Bradman Oration in 2011 © Getty Images

During his Bradman Oration in 2011, Rahul Dravid had said that ODIs can be sustained if meaningless matches are cut-out and games are played around International Cricket Council (ICC) events and important tournaments leading up to the World Cup every four years. Nishad Pai Vaidya looks at Dravid’s viewpoints and sees whether there are any merits in a seven-match affair in view of the upcoming India-Australia ODI series.

What purpose does a seven-match One-Day International (ODI) series serve in the modern era? With the arrival of T20 cricket, fans are more in favour of the shorter format than the ODIs. The 50-over game is certainly eyeing survival in the era of T20, but how much would a long-drawn affair help them? More than anything, it may only increase the boredom factor and push audiences away. A short and a crisp series may generate more interest than a prolonged affair.

During his Bradman Oration in 2011, Rahul Dravid made a few key observations about the survival of all the formats of cricket. He said that cricket must find a way out to ensure the sustenance of all the three formats. That speech had come in the wake of India’s ODI series against England, where the cricketing fraternity was shocked to see the near empty stands. If there are empty stands for cricket matches in India, you have to be worried. Dravid stressed on ODI series having contexts. Here is an important excerpt from that speech:

“The future may well lie in playing One-Day Internationals centred around ICC events, like the Champions Trophy and the World Cups. This would ensure that all 50-over matches would build up for those tournaments. That will cut back the number of One-Day Internationals played every year but at least those matches will have a context. In the four-year cycle between World Cups, plan the ODI calendar and devise rankings around these few important events. Anything makes more sense than seven-match ODI series.”

So, what context does the upcoming India-Australia series have? For starters, both sides have already played Tests against each other earlier this year and this series has been sandwiched between two Ashes series for the tourists. Normally, an ODI series is played either before or after a Test series, but since there was no window earlier this year, perhaps this has been scheduled now. But, when Test and ODI series are in fact played one after another, one does feel it has more meaning because it looks like a full tour. Once separated, the ODIs seem inconsequential.

One of Dravid’s main suggestions was to centre ODIs around ICC events. However, the ICC Champions Trophy has been scrapped after the recently concluded edition. It could have potentially played a huge role in making ODIs more interesting. Rather than watching two teams compete in a five-match or a three-match series, such multilateral contests are more competitive. It does spice things up when teams are trying to qualify for the next round and avoiding elimination. Almost every game becomes important. The Champions Trophy’s format was fascinating and yet it has been disbanded.

To invigorate interest in ODIs, the ICC and its full members have to come up with more competitive tourneys. The occasional quadrangular series can help in that regard, so would a tri-series. Even then, one has to maintain caution. Remember the tri-series held in the Caribbean earlier this year featuring India, Sri Lanka and West Indies. It had been scheduled in place of a Test series and came at the back of the Champions Trophy 2013. There was some fanfare, but not as much as one would have wanted.

Even tournaments like the Asia Cup have great potential with the cricket-crazy sub-continent forming the fan-base. Cricket can take a leaf out of football’s book and make it a tournament to look forward to. For example, the Euro tournament is eagerly anticipated all-over the globe almost as if it is the World Cup. The Asian cricketing powers should use the fan-fare and the craze to build that aura around the tournament. For that to happen, they need a set window for the Asia Cup, a tournament that has seen delays in the past. 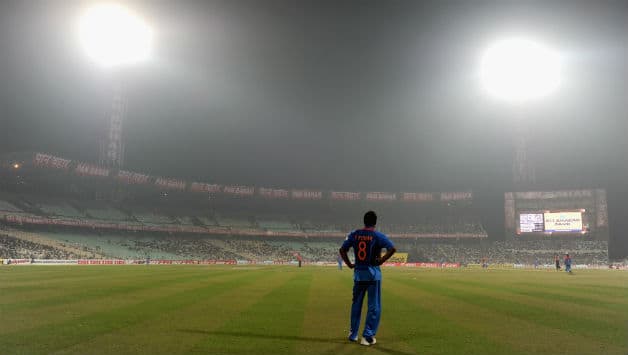 If one looks at the short-term gains, seven-match or even five-match series benefit a country like India where the game has reached every nook and corner of the nation. When the ODIs are held at the smaller venues, there is a celebratory buzz and the crowds throng the stadiums to watch their heroes in action. That may not necessarily be the case in the big cities, where people may only spare time if the match is of importance. Thus, such “inconsequential” games can actually help take the sport to the smaller cities and build cricketing centres at such venues.

Here are the venues where the India-Australia series would be played: Pune, Jaipur, Mohali, Ranchi, Cuttack, Nagpur and Bangalore. Apart from Mohali and Bangalore, the others are relatively smaller centres. Jaipur and Nagpur have hosted many games, but they would still get good crowds for ODIs. On the contrary, whenever Tests have been held at Nagpur, there have been sparse crowds at the venue. Cities like Pune, Ranchi and Cuttack don’t get many games, thus expect people to flood in. But, remember, it is only a short-term solution, that too in only one nation.

Dravid also said that there have been many doomsday prophets for the one-day game, but he doesn’t believe their predictions. However, it is imperative that the cricketing bodies find a way to sustain the 50-over format. It may still have potential and the scheduling has to harness it in an efficient manner. An overkill of anything is not good, be it Tests, ODIs or T20s. India does have a huge role to play in the game’s future as they are the financial powerhouse.