Round Three of the ongoing Ranji Trophy was played between December 21-24.

Round three of Ranji Trophy 2014-15 concluded on Wednesday with most matches ending in draws. Some encounters suffered due to heavy fog in North India. The final day of play between Haryana and Vidarbha could not be started for the same reason. Varun Arora looks at the best performers from round three.

Saurabh Wakaskar’s 172: The 23-year-old piled up 172 runs against Jammu and Kashmir (J & K) at Vadodara. This was also his highest First-Class score. The innings gave Baroda the momentum after J & K posted 497 in the first innings. His knock was studded with 19 boundaries and three sixes. He was dismissed in the 99th over bowled by Parvez Rasool. Baroda managed to reach a total of 426 riding on the knock.

Ishank Jaggi’s unbeaten 201: Trailing by 190, Jharkhand were almost on the brink of defeat against Tripura at Dhanbad. Ishank Jaggi‘s swashbuckling 201 changed the game, helping save the match. This was Jaggi’s highest First-Class score and second double-ton. He faced 314 balls and hit 22 boundaries and three big hits. Jaggi came out to bat when Jharkhand were reduced to 41 for four in the second innings, but he bailed out his team from the crunch situation.

Krisnakant Upadhaya’s seven-wicket haul: The 28-year-old ran through the Karnataka batting line-up when they came out to bat first at Karnail Singh Stadium. Upadhaya ended with figures of seven for 98 in 31.3 overs. He started with the wicket of Mayank Agarwal in the 14th over, and was quick to remove Kunal Kapoor and Robin Uthappa. He later returned to dismantle the lower middle-order and also got the big wicket of CM Gautam for 64.

Sachin Baby’s unbeaten 200: Kerala skipper Sachin Baby proved his capabilities as he powered an unbeaten 200 off 361 balls which included 17 boundaries and three sixes. He was at his best as he converted his maiden First-Class century into a double ton. Baby came out to bat at No. 5 and took the responsibility of guiding his team on his shoulders as he lifted Kerala 115 for four to 447 in the first innings.

Malolan Rangarajan’s seven-wicket haul: The 25-year-old spinner registered his best First-Class figures against Madhya Pradesh at Chepauk. He started with the wicket of Jalaj Saxena, who was batting on 144. He later got another big wicket of Devendra Bundela, for 104. He was a bit on the expensive side as he gave away 135 runs to collect the seven wickets, but it was one of the special performances from the youngster. 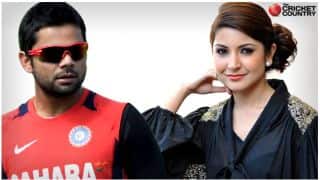 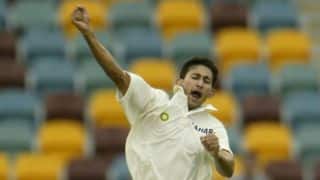