Resting James Anderson, Stuart Broad, Ian Bell and others for ODI series against New Zealand can work in E

Anderson’s opening partner Stuart Broad looks to have regained his lost pace in the last couple of series.

James Anderson, Stuart Broad and Ian Bell have been left out of England’s squad in the upcoming One-Day International (ODI) series against New Zealand. Pramod Ananth feels that the England selectors have made a smart decision just a month before The Ashes.

James Anderson became the first English player to 400 Test wickets in the recently concluded two-Test series against New Zealand. He got England off to an ideal start at Headingley, striking twice in four deliveries to push New Zealand on the back foot in the first session. Anderson still holds a threat with the new ball, and his recently achieved milestone may give him the much needed confidence going into The Ashes against Australia in July. Alastair Cook goes past Sachin Tendulkar

Anderson’s opening partner Stuart Broad looks to have regained his lost pace in the last couple of series. Broad was in good nick in the Test series in the Caribbean and his partnership with Anderson has been an extremely successful one and England will hope that it carries through to The Ashes. Alastair Cook goes past Graham Gooch: The saga of un-sexy efficiency

Broad picked up 13 wickets from the two Tests against New Zealand including a five-wicket haul at Headingley. With The Ashes being played in England, Broad can use the conditions in his favour and make inroads into the Australian batting line-up. The 28-year-old’s partnership with Anderson has proved out to be quite a handful in the past and is sure to cause some trouble in the Australian batting line-up. Aggressive New Zealand find an orthodox hero in BJ Watling

Mark Wood did an excellent job in the series against New Zealand. Unless he picks up an injury in the ODIs against the Kiwis, he will surely be the third seamer in the Ashes. A good performance by either Steven Finn or even Liam Plunkett in the ODI series can put them in contention as well. Moeen Ali’s absence from the ODI squad will give another Yorkshireman — leg-spinner Adil Rashid — to impress. Moeen was the main spinner for England in the Test series but was not as effective. This could be Rashid’s window of opportunity to make his case. James Anderson and others who took 400 Test wickets

Another top player set to miss the ODIs is Ian Bell; he usually opens for England, but his and Moeen’s absence paves way for a new set of openers. Bell has not been impressive in the recent Test series, scoring 1, 29, 12 and 1. He has certainly not justified his selection in the series ahead of Kevin Pietersen. Trent Boult’s day out against England at Headingley

The Ashes could be a career-saving series for someone like Bell, who has not scored many runs in the last two series. At 33, he is nearing the fag end of his career. If he does not perform well in The Ashes, he might be booted out of the team. Bell, like many others, will look to take this opportunity to get their forms back by playing a few County matches. Tom Latham battles James Anderson, New Zealand, and himself

The England and Wales Cricket Board (ECB) have made the right call and have rested players they believe will be an integral part at The Ashes. They can monitor their form and fitness in the County games. They have probably not have made the judgement based on their performances in limited-overs matches. Bell, along with others like Gary Ballance, will look forward to get a good workout ahead of The Ashes. Statistical analysis of James Anderson’s 400 Test wickets

England will not want to make any mistakes leading up to The Ashes, and will look forward to regain the urn after the 0-5 humiliation in Australia. Perhaps having all the main players going in with a fresh mind is what is required. James Anderson reaches 400 wickets: The story of the man who wasn’t there 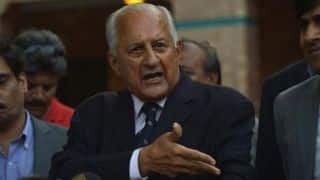 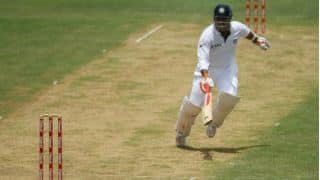