Pressured by the media, Ishant Sharma has finally vented out the reasons of his failure to make it big at the top level. Abhishek Mukherjee and Nishad Pai Vaidya look at yet another tragedy resulting from a childhood vow. 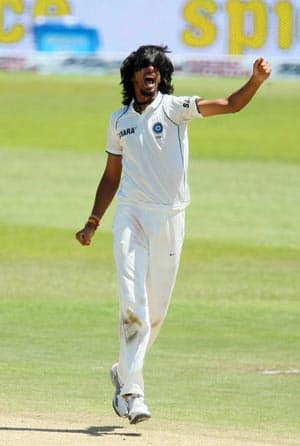 Pressured by the media, Ishant Sharma has finally vented out the reasons of his failure to make it big at the top level. Abhishek Mukherjee and Nishad Pai Vaidya look at yet another tragedy resulting from a childhood vow.

The truth has finally come out.

Ishant Sharma, when pressured by the media, day in day out, finally decided to reveal the harsh truth.

“When I was very, very young, even before the age when I had considered cricket as a feasible career option ahead of basketball, I was being summoned by an elderly man in our moholla. He seemed very helpful, and often offered me candies and other goodies.”

The media waited with bated breath as Ishant added: “He was so nice to me. But then, he fell ill. I went to visit him regularly. One day, in his deathbed, he asked me whether I could keep his last wish. I had agreed.”

Ishant paused for a while. The media went quiet in anticipation of what was about to follow. If a pin had dropped at that point of time, it would not have made a sound — though that may have had to do with the fact that the floor was carpeted.

Ishant continued: “He stared at me with blank, expressionless eyes for a while. Then his helpless plea escaped his hoarse voice. ‘Ish, I was a cricketer in my younger days. However, I was cursed with a lack of hair, and had to face all sorts taunts from my teammates. The taunts had shattered my soul, demoralised me from choosing cricket as a career, and I went on to take up a career as the body-double of Anupam Kher in Bollywood.’ ”

Ishant paused again, this time for a glass of water. The suspense was unbearable. One of the journalists had to leave the room because of the ink dripping from his chin as a result of gnawing through his fountain pen, unable to bear the trepidation.

He finished his drink, moved his mane that had been covering his eyes for some time now. His eyes moistened, and gleamed in the bright flashes of the movie cameras. But he did not seem to care.

“He asked: ‘Ishant, if you ever become a cricketer, please promise me that you will never have a haircut, and will allow your hair to reach the 45-centimetre mark?’ ”

“I thought that was an easy request. I consented. The next day I got to learn that he has passed away.”

Ishant continued, the unmistakable desperation of helplessness — his voice sound croakier than normal. Then he blurted out: “I have not allowed the scissors of a barber to touch my head since then. Now that it had crossed the 30-centimetre barrier, it often blurs my vision, and I cannot see the pitch properly when I bowl. That is why I always end up erring in line, length, and other important aspects of bowling — like the batsman himself.”

“I have talked to the selectors about my problem”, Ishant added. “They have appreciated my situation, and have promised to give me a longer extended run than any other bowler in the history of the sport, irrespective of my performances. ‘Keeping a promise is more important than winning Tests’, they told me. I am proud to have selectors like them.”

A single teardrop ran down his face when he finished. Then the entire hall broke in a thunderous applause. Some even looked guilty for bothering the great man over the past few days. The last we have heard, Ishant’s Facebook inbox has been flooded with apologetic messages.

There have been heroes who win Tests. But losing Tests to live up to a childhood promise? I guess the bards will sing praises of his heroics forever – long after he would have stopped playing cricket. As JK Rowling had once said, “It takes a great deal of bravery to stand up to our enemies, but just as much to stand up to our friends.”

Abhishek Mukherjee is a cricket historian and Senior Cricket Writer at CricketCountry. He generally looks upon life as a journey involving two components – cricket and literature – though not as disjoint elements. A passionate follower of the history of the sport with an insatiable appetite for trivia and anecdotes, he has also a steady love affair with the incredible assortment of numbers that cricket has to offer. He also thinks he can bowl decent leg-breaks in street cricket, and blogs at http://ovshake.blogspot.in. He can be followed on Facebook at http://www.facebook.com/ovshake and on Twitter at http://www.twitter.com/ovshake42.

Nishad Pai Vaidya is a Correspondent with CricketCountry and an analyst, anchor and voice-over artist for the site’s YouTube Channel. He shot to fame by spotting a wrong replay during IPL4 which resulted in Sachin Tendulkar’s dismissal. His insights on the game have come in for high praise from cerebral former cricketers. He has also participated on live TV talk-shows on cricket. Nishad can be followed on Twitter at http://twitter.com/nishad_44