Rohit Shama achieved the feat of becoming only the second Indian and overall seventh cricketer to score 6,000 T20 runs.

Mumbai Indians (MI) eased past Rising Pune Supergiants (RPS) by 8 wickets in Match 29 of Indian Premier League (IPL) 2016. It was RPS’ sixth loss in this edition of cash-rich league. For them to enter the Playoffs, they will have to emerge victorious in all their remaining contests. MI, on the other hand, jumped three places up at No. 2 in the points table. Pune curators dished out a belter of a track, as Rohit Sharma scored 60-ball 85 in the pursuit of 160 runs. Let’s walk through the highlights of this cracker of a contest: FULL CRICKET SCORECARD: Rising Pune Supergiants vs Mumbai Indians, IPL 2016, Match 29 at Pune

Steven Smith on a rampage yet again: With the kind of ominous touch Smith was in, it looked as if he’s cruising towards another blistering hundred. His swashbuckling innings was studded with 4 fours and 3 sixes; the best was the upper-cut over third man. His was eventually dismissed by Jasprit Bumrah with his back-of-length in-dipper.

Harbhajan Singh abuses Ambati Rayudu: Harbhajan lost his temper as Rayudu could not stop the ball at the deep mid-wicket boundary. Watching Harbhajan badmouthing him, Rayudu walked towards him in anger and tried to confront on the issue. Harbhajan tried to resolve it but Rayudu was in no mood to find a common ground.

Saurabh Tiwary plunders his 5th IPL half-century: With Faf du Plessis ruled out with an injury, MS Dhoni let unconventional Tiwary to open the innings. He could not disturb the scoreboard in the previous match but provided impetus by scoring his first half-century of IPL 9. Despite losing wickets at the other end, Tiwary stood his ground and kept piling on the runs. His 57-run innings was tailored with 6 boundaries.

Rohit Sharma continues his stellar show: MI’s talismanic batsman—Rohit—scored 4th half-century of IPL 9. He was yet again named Player of the Match for his unbeaten 60-ball 85, which included 8 elegant fours and 3 swaggering sixes. To add more to the fire, Rohit also achieved the feat of becoming only the second Indian and overall seventh cricketer to score 6,000 T20 runs.

Ravichandran Ashwin fails to deliver: Ashwin, who has the knack of catching the batsmen in trance with his magical spin, has failed to come good yet again. In 8 matches, Ashwin managed to grab only 3 wickets. 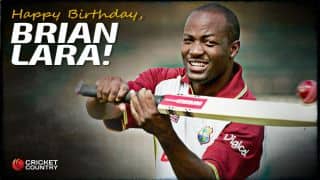