Former England batsman Robin Arnold Smith, born September 13, 1963, was a ferocious cutter and puller of the cricket ball. Smith happened to be another South African import who came to England during the apartheid era.

Former England batsman Robin Arnold Smith, born September 13, 1963, was a ferocious cutter and puller of the cricket ball. Smith happened to be another South African import who came to England during the apartheid era. Smith was exceptional when he played the square-cut; he was strong, and was blessed with the gift of impeccable timing. A destructive batsman who was not very fortunate, Smith shares his birthday with spin-king Shane Warne with whom he enjoyed numerous on-field battles. On his birthday, Suvajit Mustafi picks 15 facts about the Hampshire giant.

1. Nickname: Smith was nicknamed Judge as he once sported long hair. He was also called Judgie.

2. Family: He was born to English parents in Durban. His older brother Chris Smith had represented Natal before migrating to England, for whom he played 8 Tests.

3. Cricket-crazy father and playing backyard cricket with Procter and Richards: Senior Smith was quite a character. In Durban, there was a house for sale next to the Smith s. Smith Sr bought it, knocked it down and built a cricket pitch. Barry Richards and Mike Procter, who lived nearby, would come down and practice their cricket. The Smiths were fortunate to own a bowling machine. Therefore, young Robin played good pace early on, something that went on to be his strength later on.

4. Natal to Hampshire: Growing up in South Africa during the apartheid era meant a bleak cricketing future for the highly talented Smith. He was roped in for Natal at 16 but signed up for Hampshire a year later. While Procter wanted him to go and play for his county Gloucestershire, Richards suggested him his county Hampshire. Robin eventually followed elder brother Chris footsteps to join Hampshire. In years to come he became an all-time great at the club.

5. England selection: Smith made a strong impact in the Benson & Hedges Cup in 1988. Shortly after that he was picked for the fourth Test against West Indies at Leeds. Smith scored 38 and 11. West Indies won by 10 wickets and sealed the series. A few weeks later Smith got his ODI cap, he did not make an impact as he scored only 9.

6. Closeness to Allan Lamb: Allan Lamb was another South African-import in the English side. Lamby as he was called was one of Smith’s heroes from their Durban days. The two South African-born English cricketers shared a great camaraderie and enjoyed batting together for England. No wonder both ended with good ODI records. In an interview with ESPNCricinfo, Smith recalled, “His confidence was infectious and just being around him was a huge help. When we batted together, he just made it fun; it was never tense. He would always come up and have a joke and a giggle.”

7. Success against West Indies: The names of Curtly Ambrose, Malcolm Marshall, Ian Bishop, Courtney Walsh and others can instil fear in the spines of the very best. But here was Smith, who cherished playing the fearsome West Indian pacers. In the 19 Tests he played against West Indies, he amassed 1,333 runs at 44.43. Few of his best knocks have come against West Indies.

The 1994 St John’s Test will be remembered best for Brain Lara’s record-breaking 375 but Smith top-scored for England with 175. However, his most brutal knock against West Indies came three years prior, when he smashed 148 not out at Lord’s.

Smith averages close to 45 against Pakistan in Tests, another side with a fantastic pace line-up. In ODIs the average touches close to 59.

9. The 167 not out that stood the test of time: In the second ODI between England and Australia at Edgbaston in 1993, Smith smashed 167 not out to help England to 277 for 5 in 55 overs. Mark Waugh’s hundred ensured an Australia win but Smith’s score remained the highest score by an English batsman in ODIs for the next 23 years.

Last month, Smith, at his Perth residence was woken up at 4.30 in the morning by a Mark Nicholas text message Unlucky, Judgie, your record has gone.

Alex Hales’ 171 from 122 balls helped England register ODI cricket’s highest total (444) and in turn registered a new record. Smith was not surprised because of the way ODI cricket is being approached these days. However, he had his money on Joe Root. In an interview with The Guardian, Smith mentioned, “I don t think Alex will hold on to the record for as long as I did mine though.

The record may have gone but it is surely worth watching again.

10. Scared of Shane Warne? In the ESPNCricinfo interview, Smith described his love for playing pace with an interesting insight on his psyche while playing Warne. “I would go out and be physically scared facing Shane Warne, but for me it was never a case of being unsettled by quick bowling,” he said.

In Warne’s book ‘Shane Warne’s Century’, the leg-spinner rated Smith as the 47th-best cricketer he played against. He praised Smith’s courage and ability to cut the ball and went on to write, Trying to rank the cricketers I played with and against has been a near-impossible task, but choosing the nicest guy would be easy. No praise is too high for Robin Smith the bloke.

However, Warne, the man who shares his birthday with Smith, also mentioned him as “worrier” and attributed the uncertainty around England cricket as the possible reason for the same. The fact remained he struggled against quality spin but not many have been able to successfully dominate the like of Warne and Muttiah Muralitharan.

11. Reduced to tears and dropped: Smith was not treated the way he should have been. In 1995, he had scored runs at 40 but the team management lost confidence. Recalling the South Africa tour of 1995-96, Smith said, “I was in Pretoria before the start of the 1995-96 tour and Ray Illingworth and John Edrich [England’s batting coach at the time] reduced me to tears. I remember speaking, in floods of tears, to Mark Nicholas in the middle in Centurion the afternoon before that Test and telling him that no one had any innings back after being hit by Ian Bishop [who broke Smith’s jaw in England’s fourth Test against West Indies earlier that year].”

Mike Atherton threw light on Smith s axing in his autobiography Opening Up: It could be argued that a man with such a fine Test record should have played more than he did, but difficult decisions have to be made and they are made in good faith and for the right reasons. In 1996 Smith was thirty-two years old, and his average had dropped from low 50s to the low 40s and we decided to move on. Who can say whether it was the right thing to do?

Warne like many other fans put things aptly in his book while describing Smith’s case: “The ECB’s policy selection was just baffling at times. Selectors can never get to everybody to agree on everything, but Australian teams are chosen pretty consistently.”

13. Content, but unhappy: Looking back at his cricket career, Smith has mixed emotions. He feels he is lucky to have a great life at Perth and growing up in South Africa, during apartheid era, Test cricket was a distant dream for him. Though he feels elated to have played Test cricket, he laments, “…just felt that at the age of 31 or 32 I was at my peak and it was unreasonable not to get another opportunity when other players were averaging in the late 20s.”

15. Lives in Perth, Australia: After being born in South Africa and having playing for England, Smith has now settled down in Perth, Australia, as mentioned above. He helps run Masuri cricket helmets and RS Cricket Clothing. He also runs a coaching academy. 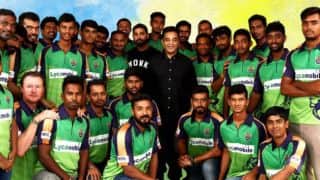 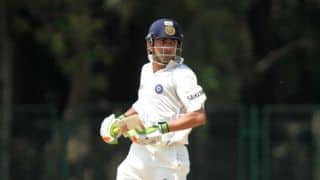