With four balls to go in the Pakistan innings at Dubai, Wahab Riaz hit Ross Taylor on the jaw; the ball, however, had brushed his gloved thumb before the impact. Taylor ran for a single to register his 11th One-Day International (ODI) hundred. Among New Zealanders, Taylor is second to only Nathan Astle, who has 16).

In the process Taylor also became the sixth batsman (first from New Zealand) to score three ODI hundreds in consecutive innings. He had not played since he had scored 112 not out and 102 in his last two outings against India earlier this year.

Below is the list of batsmen who had scored hundreds in three consecutive ODI innings. Interestingly, the first two men were from Pakistan, and the next three from South Africa, which makes Taylor the first outside these Men in Green to achieve the feat.

2. Gibbs’ three hundreds were followed by 97 not out at Benoni, three days after his 153. 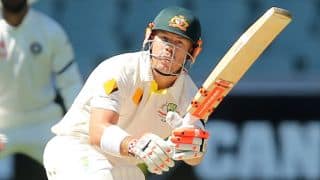