Closer to home in time and space, the Town Club management lured Mohammed Shami with an offer that few could say no to: he was rewarded with a plate of biryani for every wicket he took.

Ross Taylor s affinity towards fried chicken is well known. Thus, when he scored 181 not out against England at Dunedin an innings of such epic proportion that many have hailed it as the greatest by a New Zealander KFC rewarded him with a gift voucher worth $181. The amount may not seem great, but it has lived up to the tradition of per-piece rewards in the history of cricket. Here are a few:

1975 was the year of the grey-haired, steel-rimmed-glassed David Steele. He could do little wrong in The Ashes that year. A local butcher announced a special award for Steele: a lamb chop for every run up to fifty in every First-Class innings and a bonus steak thereafter. Steak racked up 1,756 chops that season. It was a nice haul, as he himself recalled: When we d run out, we d ring Harry at the abattoir and he d say Aren t you finished yet? I d say No, we ve still got another 200 left . Kept us in meat for 3 years, that did.

Butchers seem to have a monopoly over this. When Derek Randall got his historic 174 in the Centenary Test of 1976-77, a Nottingham butcher offered him 174 pork chops.

Three decades before that, Colin McCool got a hundred at the same venue, Melbourne. John Wren, one of the richest men, had promised McCool a pound for every run he makes . Sure enough, a 104-cheque awaited McCool in the dressing-room next day.

Posted at Mhow during the Second World War, Denis Compton played domestic cricket in India. The 1944-45 Ranji Trophy final (a timeless match) was played on a belter, and yielded a whopping 2,078 runs. After two normal first innings, Bombay posted 764 in the second innings and set Holkar 867. Holkar ended the day on 177 for 2, and Compton, one of the unbeaten batsmen, was approached by Seth Hiralal, a businessman: Mr Compton, this is a very important match for the whole locality. It is very necessary that we win, so for every single run you make after passing your century I will give you Rs 100.

Compton ended up slamming 249, which meant 14,900 rupees (about 1,300 at that point). His heart rose further when he found a Personal and Very Urgent envelope waiting for him. Unfortunately for him, all it contained was a note: Sorry, I have been to Calcutta on very urgent business.

Closer to home in time and space, the Town Club management lured Mohammed Shami with an offer that few could say no to: he was rewarded with a plate of biryani for every wicket he took.

However, there are instances of some doing it the other way as well. Before the Madras Test of 1981-82, Gundappa Viswanath had apparently made a vow to Lord Venkatashwara that he would get a silver bat of the same weight in grams made as he would score in his next Test and donate it to the temple in Tirupati. As things turned out, he registered a career-best of 222 and kept his promise. 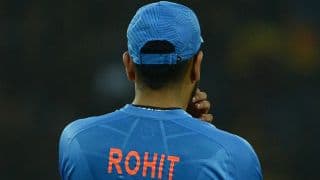