RCB are strong contenders yet again and it is a matter of putting in those consistent performances.

Royal Challengers of Bangalore (RCB) have not had the sort of success they were hoping for in the past seasons, but have always had the talent to succeed. As another season beckons, RCB are strong contenders yet again and it is a matter of putting in those consistent performances.  Pramod Ananth feels that this could be RCB’s year at the Indian Premier League (IPL) 2015. Royal Challengers Bangalore (RCB) in IPL 2015 Player Auction: Big purchases show intent from perpetual under-achievers

RCB have an excellent blend of dangerous players in their roster. They have power-hitters like AB de Villiers, Chris Gayle and skipper Virat Kohli at the top and an excellent all-rounder in Darren Sammy as well coming lower down. Rilee Rossouw could also be a valuable asset in the middle-order. The batsmen at their disposal are certainly more than capable of compensating for the loss of Yuvraj Singh.  Having the likes of Daniel Vettori and Bharat Arun in the backroom is certainly a major boost as well.  IPL 2015 Auction: Full list of players bought by Royal Challengers Bangalore (RCB) for IPL 8

RCB had a forgettable IPL 2014, where they managed to finish with only 10 points from their 14 matches, eventually finishing their campaign at the seventh position. They have not secured a place in the top four for the last three seasons in spite of getting off to a good start in the IPL 2014, RCB lost their way in the middle. Their lowest point was when they were bundled out for just 70 against Rajasthan Royals (RR) at Abu Dhabi. Just when it seemed like they were building some momentum again, they would lose. IPL 2015 Auction: Delhi Daredevils full list of players bought

Many players are coming at the back of the ICC Cricket World Cup 2015, which concluded last week. After a short break, the players will be raring to go.  IPL 2015 Auction: Kolkata Knight Riders full list of players bought

Strengths: Balance is going to be RCB’s strength. They are well equipped in every department and if they click, they can perhaps go all the way. The likes of Gayle, Kohli and de Villiers in any batting line-up are sure to create fear in the minds of the opposition. Adam Milne, Sean Abbott, David Wiese and Sammy add depth in the bowling department as well. Sammy, as we have seen in the past, can also use the long handle to good effect. IPL 2015 Auction: Kings XI Punjab full list of players bought

Mitchell Starc, who is set to miss about two-three weeks of the action, will be handy, considering he had an excellent World Cup, where he was named the Player of the Tournament. Varun Aaron and Ashok Dinda too are useful with the ball, having been retained by the franchise from last season.  IPL 2015 Auction: Chennai Super Kings full list of players bought

Weaknesses: The lack of a quality spinner could hurt RCB. They have Iqbal Abdulla, Jalaj Saxena and Yuzvendra Chahal at their disposal, but an international could have given them more depth.  You’ll need some good spinners, especially in the sub-continent to contain the batsmen and pick up a wicket or two in the process. Chahal and Abdulla have done well in the IPL in the past and RCB need them to rise to the occasion. IPL 2015 Auction: Full list of players unsold for IPL 8

Key Players: Skipper Kohli will be key in RCB’s pursuit to achieve success. He has often scored bug runs under pressure for India and his team will depend on him on doing just that in for the next couple of months. When one talks about T20 cricket, you cannot forget the impact of Gayle. Who can ever forget the 175 he scored against Pune at Bangalore? Starc will also be an important player. With 22 wickets in nine matches at an average of 10, it speaks volumes about his talent.  Of course, de Villiers in that middle-order can virtually win you a game from absolutely any situation. 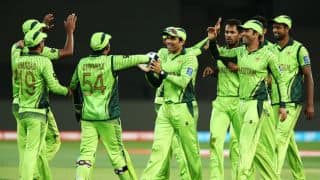