Sachin Tendulkar receiving the Bharat Ratna reminds the writer of a tale of Zen mastery.

A few months after bidding adieu to the game, Sachin Tendulkar is about to be awarded the Bharat Ratna. Arunabha Sengupta writes that while it is indeed a great honour, the legend has actually reaped the most cherished of his rewards on the field.

The sword and the willow

Among the legends of the famed Yagyu Munenori, founder of the Edo school of Japanese swordsmanship, we come across many Oriental tales that sparkle with timeless wisdom. Strangely, one of these eloquently resonate with the story of Sachin Tendulkar as the master is about to receive the Bharat Ratna.

As I write, Tendulkar no longer walks out to bat at number four for India, except in our everlasting memories. His peerless strokes still race across countless outfields — in the magic moments that we recall. The green grounds of the past, along with the streaks of flowing red, are woven into an intricate tapestry, securing our 24 years of delight.

In real life he remains content, at peace with himself, his blade sheathed after flashing across the world for over two decades, victorious over armies of bowlers in plenty of pitched battles.

And as the highest honour of the country, is about to be bestowed on him, one particular Munenori tale of the sword and the mind does seem to a strike a compelling parallel.

In the story, a young swordsman, brilliant and skillful, approached his great master with a request. He wanted a gift, the enchanted sword of the master himself, a weapon that would make him invincible in battle, and could be worn in splendour as the greatest of possible symbols of honour.

Greatness has many dimensions, and the impression made on the hearts and minds of the populace is definitely one of the most important. And in this category, Tendulkar is probably miles ahead of any other Indian sportsman.

The wise master agreed, based on one condition. He showed the student several routines, diverse manoeuvres and taught him numerous spiritual chants. The coveted sword would be his after he had practiced these lessons every single day for the next twenty years.

The student started out at once, training hour after hour, day after day, year after year. When the stipulated twenty years passed, the master approached him with a knowing smile and offered the sword. And the student refused it. He no longer required an enchanted sword for invincibility or for honour.

One cannot say for sure whether Tendulkar ever wanted to be a Bharat Ratna as he started out stroking the ball as a boy. Chances of that seem rather negligible. So rarely is the award conferred that it seldom finds a place in popular consciousness.

In the years that followed, he focused on the game, in the mastery of his art, purifying his technique and skill by pitting them against the fires of challenge, raising his batsmanship to higher and higher levels of perfection.

His brilliance conquered many adversaries and even more hearts — especially during the phase when he was the undisputed king of the cricket world between 1994 and 2002, and later, his incredible period of enlightened mastery during 2007-2011.

His performance was exceptional, of the highest order — as stipulated by the requirements of this premier award.  In the second of the mentioned stages, after he returned from his injuries as a star no longer powered by the incredible gifts of youth, he essayed some of the best innings of his life.  It was as if the virtuoso had transcended the limits of the physical world and was operating in a sublime plane of his own.

And therein lay his coveted rewards, in the crisp sound of the willow as it sent the leather to distant parts of the ground, in the victorious rise of the bat once a landmark had been reached. And perhaps he garnered some of his laurels from the applause of the thousands who chanted his name — because throughout his constant quest for perfection, he remained an eternal entertainer.

The sojourn at the top lasted more than two decades. All the while his deeds were his moksha — till that emotional farewell that left every heart heavy and every eye moist.

The only time when his mastery seemed suspect was when his attachment was affected. Here again we probably find the explanation of the conundrum in another Zen tale. It lies in the story of the archer who becomes confused at seeing two goals, the target to be hit and the gold medal he aspires for. The circus surrounding his 100th international hundred did have its effect. The manufactured landmark did seem to stand between the great man and his craft, to render his game increasingly laborious.

Other than that his bond remained solely with the game. It was a special tie that many tried measure with those mundane yardsticks of the philistine — match-fee, sponsorship deals and endorsements. And every such effort floundered and failed to gauge the great man. It was a connection that existed beyond the perceptions of those untouched by his brand of greatness.

It was the game that defined him; it completed him; it gave him his identity. It was on the 22 yards and on the greens that stretched around that he reaped his rewards.  At the end of his career, he was like that student of swordsmanship who had evolved into the master — there remained no further need of reward of recognition.

Yet, his claims to the country’s highest award are indisputable.

When he batted the minutes ticked by and the nation remained transfixed at a proverbial stand-still. When he reached a milestone, when he carried India to victories, till the very last moment when he called it a day, the socio-economic, ethnic, political and cultural boundaries blurred and faded, and the millions of hearts of the country throbbed in unison. No national icon has ever commanded the same degree of frenzy, the admiration and the adulation as he did.

Greatness has many dimensions, and the impression made on the hearts and minds of the populace is definitely one of the most important. And in this category, Tendulkar is probably miles ahead of any other Indian sportsman.

In terms of being the best in the world for a considerable period, he perhaps lags behind the genius of Dhyan Chand, but not by much. When one detaches emotions and considers career performances on the world stage, Tendulkar undeniably ends up among the three greatest Indian sportsmen of all time along with Dhyan Chand and Vishwanathan Anand.

It can be debated whether he should have been the first ever sportsperson to receive the Bharat Ratna. But only bigoted ignorance can refuse to acknowledge his claims.

It is indeed a great honour and no doubt Tendulkar will acknowledge it as one. Yet, one wonders whether the feathers he cherishes the most have not already congested his cap, inserted during those long glorious years spent in the middle.

The award is a magnificent epilogue – but it does not quite stretch into the sublime story. 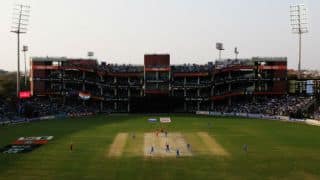 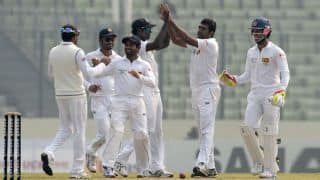