Sachin Tendulkar returns to the home of cricket for MCC vs RoW match on Saturday.

Sachin Tendulkar will play for Marylebone Cricket Club (MCC) in the Lord’s bicentenary game. Nishad Pai Vaidya writes that the legendary batsman’s appearance isn’t about performance, for his fansbut it is more about the participation.

There was a time when one man could bring a billion strong nation to a halt. His mastery with the willow left his countrymen spellbound and offered them hope for the future; inspiring them to take on every battle with their heads held high. However, on November 16 last year, that dream ended when Sachin Tendulkar tearfully bid goodbye to the game in his hometown. In life, you always want a little more and eight months down the line, fans have another chance of watching Tendulkar play when he turns up for Marylebone Cricket Club (MCC) against the Rest of the World XI (RoW).

It has often been said that Tendulkar walked out to bat with the whole nation’s expectations and hopes on his shoulders. Even when the Indian Premier League (IPL) emerged and pushed the fans towards city-based loyalties, Tendulkar was a figure beyond the innovation and commanded support even in the opposition’s territory. Then there were all those expectations. “Sachin has to score a ton,” they said. Nothing less would satisfy their insatiable hopes. Luckily, they had a man with the insatiable hunger for runs.

Throughout his career, Tendulkar has had to shoulder those expectations. When it came to World Cups, they wanted him to win it. On the cusp of every milestone, be it the 50th Test ton or the 100th international century, each innings was built up as the possible occasion. The pressure was humongous! But, it is a bit different this time as he comes back for this game. The context of the match is different and the result isn’t all that important. In a way, it is just to celebrate Lord’s and the greatness of the galaxy of stars.

Though there is some anticipation to watch Tendulkar play against Shane Warne and Muttiah Muralitharan, there won’t be any expectations as such. Fans would just be thankful that they are getting to watch Tendulkar again after a gap of around eight months. For 24 years, he was a major part of their lives. His performances were crucial for India’s cause and brought tremendous joy to the people. When something you are used to is taken away from you, you miss it. There is that hope that it may return. Fans held onto that after every injury Tendulkar had. But, on November 16, it all ended. There was no tomorrow!

Life goes on though. Tendulkar has been away from the field for quite a while and people have moved on with their lives. However, the mere sight of him on the field of play will cheer them up and bring back some ofhappiest memories. Though it doesn’t match the passion and fervor of his appearances for India, it does bring about great joy for the genuine cricket lovers. To watch him walking out to bat, with the typical stare at the heavens and the walk towards square leg after every ball: That is what will bring a smile to millions. This time it isn’t about his performance, but just the fact that he is there! 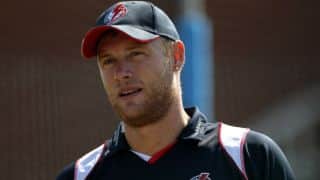 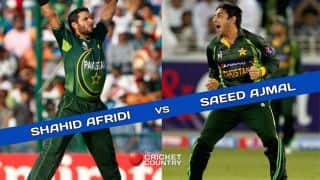 MCC vs ROW: Shahid Afridi vs Saeed Ajmal would be a riveting contest