Sachin Tendulkar controversies: 13 instances when the maestro paid the price for being who he was

Sachin Tendulkar controversies: 13 instances when the maestro paid the price for being who he was

Sachin Tendulkar has been India’s darling since his debut in 1989 and has largely managed to stay away from controversies for a major part of his career with his squeaky-clean reputation and gentlemanly demeanour — on and off the field.  But even his great reputation could not help Tendulkar from getting him dragged into a few controversies. It’s rightly said that only a fruit-laden tree will get pelted by stones. 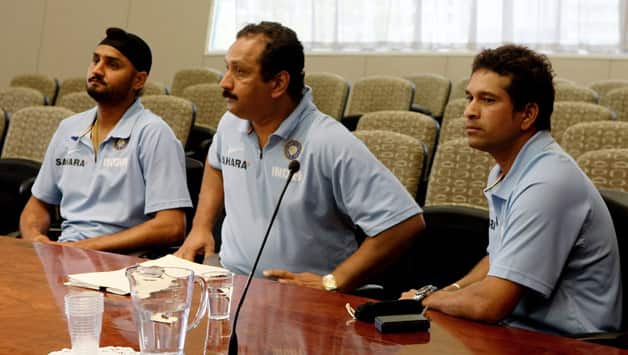 “The archives recall not one single incriminating incident, not one drunken escapade, not one reported affair, not one spat with a team-mate or reporter … As Matthew Parris wondered of Barack Obama in these pages recently, is he human?” — Mike Atherton on Sachin Tendulkar

Sachin Tendulkar has been India’s darling since his debut in 1989 and has largely managed to stay away from controversies for a major part of his career with his squeaky-clean reputation and gentlemanly demeanour — on and off the field.  But even his great reputation could not help Tendulkar from getting him dragged into a few controversies. It’s rightly said that only a fruit-laden tree will get pelted by stones.

Following are the incidents where it seemed the maestro paid the price for being Sachin Tendulkar:

It was a moment that shook the cricketing world. Tendulkar, the epitome of integrity, was accused by match-referee Mike Denness of ball tampering during an India-South Africa Test match at Port Elizabeth. While four players  [Virender Sehwag, Deep Dasgupta, Harbhajan Singh and Shiv Sunder Das] were charged for excessive appealing, Tendulkar was accused of ball-tampering and was handed a one-match ban. Indian skipper Sourav Ganguly was banned for one Test and two One-Day Internationals for his inability to handle his players.

However, the fact that a finger was pointed at Tendulkar caused a huge uproar. Both sides played the next Test without Denness’ supervision and it was stripped off its status.

The move caused uproar in the Indian parliament, press termed Denness as racist, and the Indian cricket board threatened to call off the tour. Indian public took to the streets and burnt effigies of the Englishman.
With Denness, unable to explain his actions, Ravi Shastri famously stated, “If Mike Denness cannot answer questions, why is he here? We know what he looks like.”

Subsequently the ban on Tendulkar and Ganguly was lifted.

Fiat gifted Tendulkar a Ferrari for equalling Sir Donald Bradman’s feat of 29 Test centuries. Even as India’s then Finance Minister Jaswant Singh offered to waive custom duties to import the car, the rules didn’t allow waiver of custom duties for gifts. However, the public didn’t receive it well as the waiver wasn’t within the rules. A few public spirited citizens took up the matter to the Delhi High Court in a Public Interest Litigation (PIL). To assuage the controversy, Fiat India paid the duty.
3) Sons of the soil controversy involving Bal Thackeray

India boasts of unity in diversity and Tendulkar is one icon who symbolises that spirit. His statement “Mumbai belongs to India. That is how I look at it. And I am a Maharashtrian and I am extremely proud of that, but I am an Indian first,” tugged the heart of the nation and lived up to his tag. However, it didn’t sit well with the then Shiv Sena Supremo Late Bal Thackeray, who criticised Tendulkar for “leaving his crease” and stepping into the political arena.
4) Monkeygate incident

In what was one of the most controversial cricket matches in recent history, the second Test between Australia and India witnessed the Monkeygate incident where Harbhajan Singh was accused of passing racist remarks against Andrew Symonds and calling him a monkey. While Australians took offence to that and Ricky Ponting and Matthew Hayden bore witness to that incident, the off-spinner defended himself by saying that he used a common Hindi slang ‘maa ki’ and didn’t pass any racist remark.

The panel accused Harbhajan and suspended him for three matches, before Tendulkar came to his defense and his word was taken. Eventually, Harbhajan’s penalty was reduced to a fine.

In his book True Colours, Adam Gilchrist wrote, “Tendulkar, who’d said at the first hearing that he hadn’t been able to hear what Harbhajan had said — and he was a fair way away, up the other end, so I’m certain he was telling the truth — now supported Harbhajan’s version that he hadn’t called Symo a ‘monkey’ but instead a Hindi term of abuse that might sound like ‘monkey’ to Australian ears.”

Following that incident, Tendulkar earned the ire of the Australian players and fans.

“…despite the unparalleled greatness of his achievements, some Australians lost respect for him when he gave completely different accounts of what took place as a key witness in the Harbhajan Singh-Andrew Symonds racism meltdown,” Malcolm Conn wrote in Herald Sun.

Recently, in an excerpt of Ponting’s book ‘Close of Book’, he questioned Tendulkar’s role in the controversy.

A few Australians haven’t forgiven Tendulkar for his support for Harbhajan.
5) The Flag Controversies

It was a controversy in which his name was unnecessarily dragged. Prior to the start of the 2007 World Cup, the Indian team was in Jamaica and the Indian High Commission invited them for a function. At that get-together, a cake bearing the colours of the national flag was cut by Tendulkar. Such a depiction isn’t allowed by Indian law and Tendulkar found himself in a muddle.

A case was filed against him in a Court in Indore. Delhi Police too received a complaint for his act.
However, it was surprising considering the fact that the function itself was organised by representatives of the Indian government, who should have known the law.

Tendulkar found support from various Members of Parliament and the Indian cricket board as they stated that the incident should not be blown out of proportion.

Tendulkar and Kambli plundered tons of runs together and their friendship was an example to many youngsters in the country. Even as one rose to the pinnacle of the sport and the other failed to live up to his precocious talent, their friendship stood the test of time. However, things changed when Kambli made an appearance on a reality television show Sach ka Saamna (The Moment of Truth). On that show, contestants were asked questions and their answers were verified by a lie detector analysis. Kambli was asked whether Tendulkar could have saved him from his self-destructive tendencies. An emotional Kambli answered with the positive — which was confirmed by the machine. The good old days were gone.
7) Adam Gilchrist’s book sparks a fire

Australian wicket-keeper batsman Gilchrist’s comments on Tendulkar in his autobiography caused quite a stir. Gilchrist wrote that Tendulkar was the last person to shake hands with the opposition after a game ended. However, the part where he questioned Tendulkar’s honesty during the Monkeygate scandal is what started a storm. With a number of members of the Indian cricketing fraternity hitting back at Gilchrist, he called up Tendulkar to clarify that his comments were taken out of context.
8) Shoaib Akhtar’s “Controversially Yours”

In a candid autobiography, the flamboyant Akhtar said that Tendulkar is good, but isn’t a match-winner. Given his fantastic record in games won by India, this statement seemed baseless. When asked for his thoughts, Tendulkar said that it was below his dignity to respond to Shoaib.

Tendulkar is the million dollar baby of Indian cricket as he opened the floodgates for the players into the commercial world. However, he demanded a tax exemption before the court for a part of his income by arguing that he had earned it as an actor. Tendulkar has featured in a number of television commercials and his lawyers argued that he had done that in the capacity of an actor and not as a sportsman. This too wasn’t received well by the public who believed that the millionaire had pockets deep enough to pay the said taxes.

10) Moving into a new house without permit

Tendulkar’s palatial home in Mumbai became the talk of the town. Right from its construction to its inauguration was covered by the media. However, after Tendulkar performed the house warming ceremonies, it was revealed that he didn’t have the necessary permits to enter his new home.

Tendulkar was imposed a fine of Rs 4.75 lakh by the Brihanmumbai Municipal Corporation (BMC) for moving in to his new house in Bandra without the Occupancy Certificate.

In the aftermath of the victorious 2011 ICC World Cup, Tendulkar felt that he deserved a long break and skipped the entire tour to the West Indies. Even as the Indian team played the Test series in the Caribbean, Tendulkar was watching Wimbledon and caught up with the legendary Roger Federer. Many felt that he should have been playing instead of socialising in London.

Shwaas was a Marathi feature film that was eying an Oscar nomination. To fund their campaign, Tendulkar was ready to auction some of his gear to raise money. However, that gesture was called into question by a few political factions who believed he could fund the programme with his own money instead of giving away his bats etc.

In 2012, the Indian team’s sponsors Sahara started a new chain of retail outlets. Their campaign centred around the fact that families might consume adulterated food if they shopped elsewhere. To spread such a message, Tendulkar was shown following a Hindu ritual of circling a funeral pyre before lighting it.
The ad was for Sahara Q Shop, which spoke about the ill-effects of adulterated food. 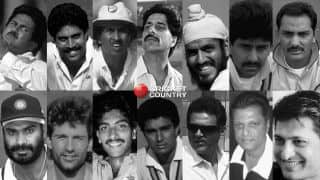