Sachin Tendulkar played his last Ranji Trophy game for Mumbai. In 38 games, he has scored 18 centuries and 19 half-centuries at a whopping average in excess of 85. Sarang Bhalerao takes a look at the magical Tendulkar in numbers. 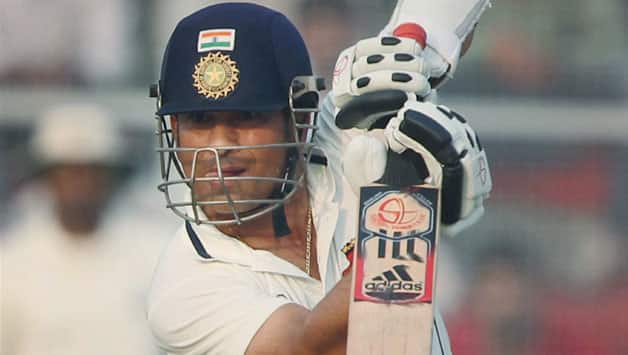 Sachin Tendulkar played his last Ranji Trophy game for Mumbai. In 38 games, he has scored 18 centuries and 19 half-centuries at a whopping average in excess of 85. Sarang Bhalerao takes a look at the magical Tendulkar in numbers.

This is Tendulkar’s 25th Ranji Trophy season. He has scored 18 tons and 19 half-centuries in 57 innings — an amazing conversion rate of 48 per cent whenever he goes past 50. His overall probability of getting a century is 31 per cent.

Break-up of Tendulkar’s runs in the Ranji Trophy games

In the year 1994, Tendulkar played seven innings and scored five centuries during this period including 100 in each innings (140 and 139) in the final against Punjab at the Wankhede Stadium. His highest score in that season was 175 against Baroda at the RCF Stadium, Mumbai.

He recorded an average of 135.66 in the 1997-98 season, where in the three innings, Tendulkar scored two centuries and one fifty.

In 1999-00, Tendulkar registered his highest Ranji Trophy score of an unbeaten 233 against Tamil Nadu at the MA Chidambaram Stadium, Chepauk. The highlight of the innings was that Mumbai were 43 runs behind when the eighth wicket fell. Tendulkar scored all the runs himself shielding the No 10 and 11 and punched the air when Mumbai overhauled Tamil Nadu’s first innings total.

A look at the modes of dismissals for the Little Master in the Ranji Trophy:

Tendulkar has been out bowled only thrice. Atul Wassan of Delhi (1991), Murtaza Vohara of Baroda (2012) and Mohit Sharma (2013) have knocked over Tendulkar. He had scored 125, 108 and five in these games respectively.

Venkatapathy Raju (Hyderabad), Gopal Sharma (Uttar Pradesh), Atul Wassan (Delhi) and Saurahish Lahiri (Bengal) are the only four bowlers to have dismissed Tendulkar in both the innings of the Ranji Trophy.

Tendulkar was involved in only one loss for Mumbai in 38 games. It was in the 1991 Ranji Trophy final against Haryana. Mumbai lost the game by two runs. He has been part of 23 wins and 14 draws.