Tendulkar will be playing the opening match for Mumbai Indians in IPL 2015 against Kolkata Knight Riders.

In what comes as a huge blessing for Indian cricket fans and those around the world, batting legend Sachin Tendulkar will be playing the opening match for Mumbai Indians (MI) in Indian Premier League (IPL) 2015 against defending champions Kolkata Knight Riders (KKR) at Eden Gardens in Kolkata. Indian Premier League 2015 schedule

The IPL Governing Council has approved the decision keeping in mind the fans, who have been very disappointed with the off-field incidences that have troubled the cash-rich T20 cricket league, with its matters reaching India’s Supreme Court. Starting the tournament with Sachin Tendulkar playing the first match for his former side Mumbai Indians (MI) is sure to calm the masses. IPL schedule undergoes minor changes due to KMC elections

The IPL Governing Council wants to refurbish the image of the T20 cricket league, whose image has indeed taken a massive hit after the IPL 2013 spot-fixing and betting scandal. The Governing Council says that starting off the tournament with someone as big as Sachin Tendulkar, who has a massive fan following, will help in people forgetting the past and embracing the new season without doubts in their minds.

A source close to Sachin Tendulkar has confirmed that while the Little Master has said yes to the Mumbai Indians (MI) and the IPL Governing Council, he will be playing only one match in the tournament as he does not want to disturb the team combination for the rest of the tournament by featuring in a couple of matches.

The source said, “Sachin Tendulkar will never say no to a cricket match, and there is absolutely no reason for him to decline an opportunity to play in front of the Kolkata crowd who loves him so much. Sachin Tendulkar also wants to do everything that it takes to clean the image of cricket in the country, and I think we should look forward to him playing in the Mumbai Indians (MI) versus Kolkata Knight Riders (KKR) match, rather than dwelling upon the reasons and other factors.”

The development is expected to bring lot of cricket fans to the Eden Gardens on April 8 when the Mumbai Indians (MI) will take on the IPL defending champions Kolkata Knight Riders (KKR). Sachin Tendulkar is someone who draws a lot of fans to cricket stadiums around the world and the fans would not want to miss any opportunity to see him back in action again.

Sachin Tendulkar has already started practising, as the news was actually confirmed on Tuesday evening when the batting legend was seen practising in the Mumbai Indians’ (MI) jersey for IPL 2015, at the Bandra-Kurla Complex (BKC) in Mumbai. The batting legend will be joining the team by the weekend, as Sunday evening they all will be flying from Mumbai for Kolkata for the IPL 2015 opening match.

Mumbai Indians’ captain Rohit Sharma was rumoured to have joined Sachin Tendulkar for a light training session at BKC after the Little Master sweated it out for about two hours. 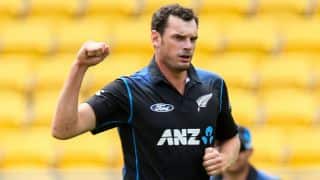